Blockchain technology a source of both disruption and opportunity for insurers: Novarica

Blockchain technology will be a source of both disruption and opportunity for insurers, according to a new report from Boston-based research and advisory firm Novarica. 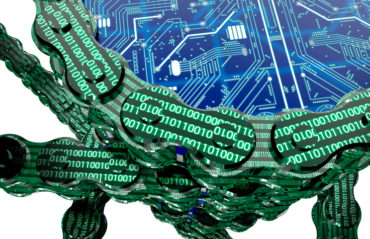 In its latest executive brief, released on Monday, Novarica predicted that the technology would have a “significant long-term impact on insurers across the board.”

When Novarica published its 2015 report on blockchain, the concept had not yet become relevant to the insurance industry, the company noted in a press release. One year later, blockchain has become the “enterprise equivalent of a household name,” the company said.

“While it’s too early to say whether blockchain will have a fundamental impact on how insurers do business, you can be confident that it will become an important platform for some lines in the near future,” said Jeff Goldberg, Novarica vice president and co-author of the latest report. “At its simplest level, blockchain is an open, distributed ledger system that is also secure and reliable. At a more fundamental level, we’re talking about the automation of the most basic value proposition for insurers: trust.”

The executive brief provides an introduction to the mechanisms underlying blockchain, an overview of existing use cases in the insurance industry and a limited list of startups and established tech companies that will partner with insurance carriers to implement blockchain solutions.

On Nov. 10, insurance strategic advisory firm Strategy Meets Action (SMA) reported that more than half of P&C insurers surveyed by the company were at least aware of the implications and potential of blockchain in the industry. In particular, 33% of P&C insurers polled “are now starting to understand it” and 20% are “aware of specific insurance use cases or are experimenting with the technology,” SMA said. Twenty-seven per cent were “slightly familiar with the concepts of blockchain, but don’t understand its implications and/or potential for insurance,” while 20% were “not at all aware of blockchain.”

And last month, five insurers and reinsurers – Aegon, Allianz, Munich Re, Swiss Re and Zurich – announced the launch of the blockchain insurance industry initiative B3i, aimed at “exploring the potential of distributed ledger technologies to better serve clients through faster, more convenient and secure services.”

“Although it is very early in the insurance industry’s adoption of blockchain technology, the long-term effect of [it] may be significant,” the report said. “Especially when paired with other emerging technologies such as the Internet of Things, it is an area of potential disruption that insurers should be watching.”