Blockchain is going to put pressure on broker commissions and fundamentally change the way the broker channel does business over the next three to five years, says a past Marsh Canada national executive and management committee member. 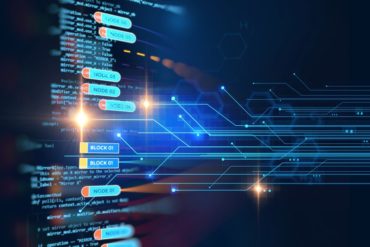 Blockchain will reduce the amount of friction a broker faces during the process of matching capital with insurable risks, according to Neil Mitchell, an insurtech advisor and investor who concluded his 26-1/2-year career at Marsh Canada on Dec. 31, 2017. He spoke as a panelist at the 2018 CIP Symposium held by the Insurance Institute of Canada in Toronto Tuesday.

Without friction in the system, the broker will not have to work as hard to complete a transaction, and that will put pressure on brokers to lower commission rates.

“I’m not saying the broker won’t facilitate that [ease of doing business], but the means by which that broker will be remunerated will be significantly lower than it is today,” Mitchell said.

A blockchain is a decentralized digital ledger that can record transactions across many computers so that the record cannot be altered retroactively without making changes throughout the entire network.

Mitchell noted that commercial brokerages such as Guy Carpenter and Aon Benfield have already made a commitment to provide clients with more data analytics and risk analysis. He said this played a role in a multimillion-dollar deal last week between Aon Benfield and Maersk, a transport and logistics company. The deal included an international placement on the London market.

B3i successfully completed its first product, a blockchain prototype for property catastrophe excess of loss reinsurance contracts in mid-2017. Throughout October 2017, a group of 38 insurers, brokers, and reinsurers tested its functionality and robustness.

“Don’t underestimate the impact that blockchain will have on broker distribution,” Mitchell cautioned. “Blockchain is not going to kill the broker,” he said. “It’s going to transform the broker, and the broker is going to have to change, so there are going to be winners and losers in distribution.”

Mitchell noted the effects will be felt by the small business broker as well. For them, the value of blockchain is in the risk insights that brokers can give to their small business clients.

“Based on the information that you can now get in a blockchain environment, you can aggregate that [data] and you can be very predictive with that data,” Mitchell said. “You can almost advise the client exactly what the future will look like form a loss standpoint, from a risk standpoint.”

That allows the broker to be “forward thinking” when talking to the client about the business, its business practices, and possible threats to the business, Mitchell said.