In the wake of a threatened bombing in Stratford, Ont., and a restaurant bombing near Toronto, landlords of office towers may want to review their security systems to reduce their risk of liability. 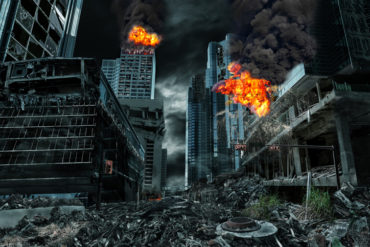 In general, owners of multi-tenant buildings have some duty to provide security for their tenants, Gary Hirst, CEO of managing general agent CHES Special Risk Inc., told Canadian Underwriter Tuesday in an interview. And in some large office towers, “the level of security is extremely low,” he observed.

In such an event, there could be “a very strong case for a liability claim to be brought against the landlords of these large office buildings” from people who are injured, Hirst added.

Hirst was commenting in general and not on either the bomb threat Monday at the Stratford Festival or last week’s bombing of the Bombay Behel restaurant in Mississauga, Ont.

In the event of an attack on the premises, such as store or restaurant, the business owner or manager could face a lawsuit from injured people alleging the business was negligent in providing proper security, CHES Special Risk director Doug Everett told Canadian Underwriter earlier. Everett has warned in the past that many CGL policies exclude terrorism, though terrorism coverage can be placed if brokers specifically ask for it. Pricing varies widely depending on location and type of business.

Published reports Tuesday indicated a person called in a bomb threat in Stratford, Ont. and two theatres were evacuated. Police searched the area and it was not clear whether any explosive devices were found. On May 24, 15 people were injured by an improvised explosive device (IED)  at the Bombay Bhel restaurant, at Eglinton Ave. and Hurontario Street, about 10 kilometres southwest of Toronto International Airport. Police recently said there is no indication that the Bombay Behel attack was politically motivated.

Coverage is available for physical damage to the business, for example, if a criminal set a bomb off or the police caused damage when responding. But a landlord could face “a number of problems” above and beyond property damage. For example, there would potentially be a cost associated with psychological counselling for customers and employees, plus loss of income and business interruption as a result of an assailant attack.

CHES launched its “Active Assailant” coverage Monday. Brokers can have CHES place this coverage through the Lloyd’s market.

The coverage applies if there is a “pre-meditated attack carried out by an active assailant using a vehicle, explosive device or any handheld weapon,” Hirst says. It can cover bodily injury if the attack injures three or more people either at or within 650 feet of the location.