Could bombed restaurants be held liable for not mitigating risk?

Restaurant operators face minimal liability risk when customers are injured in bombing attacks, but the risk is extremely low if the attacks are unforeseen and the company does what is “reasonable under the circumstances” to manage risk, an insurance defence lawyer says. 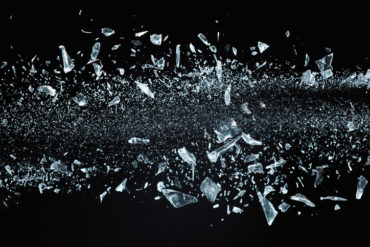 Fifteen people were injured Thursday when an improvised explosive device (IED) detonated at Mississauga, Ont.’s Bombay Bhel restaurant, located about 10 kilometres southwest of Toronto International Airport. There is no indication so far that the attack on the Bombay Bhel was either a terrorist attack or a hate crime, various media reported Saturday.

It is “theoretically possible” that an occupier could be found 1% liable if a customer is injured on a company’s premises due to a violent attack, Keenan Sprague, an associate with law firm Black Sutherland LLP, told Canadian Underwriter on Friday. The firm’s specialties include insurance defence.

Sprague was commenting in general and not on Thursday’s attack at the Bombay Bhel. He noted information is still coming in on what exactly happened Thursday night.

With an “unexpected, out-of-the-blue attack” at a restaurant or retailer, “you would not expect an occupier to share any portion of the liability,” Sprague said.

But when customers are injured in attacks on company premises, “plaintiffs’ lawyers do get creative” and try to make a case that the placement of items such as furniture or glass “exacerbated injuries,” Sprague added. This is often a tactic for plaintiff’s lawyers to find insurance coverage. Otherwise, without any liability on the part of an insured occupier, injured patrons could really only get compensated by suing the attackers – and the attackers “are not going to have insurance,” he said.

If customers are injured in a violent attack, “assuming there was no sort of forewarning, and this was a fast attack where two unidentified hoodlums come in and drop an IED and it detonates moments later, it’s hard to sit back and say, ‘Well, restaurant owner, you should have had security at the door,’ or ‘You should have had blast walls,’” Sprague said.

The Canadian Press quoted Jennifer Evans, police chief for the Regional Municipality of Peel, on Friday as saying two men walked into the Bombay Bhel at about 10:30 p.m. Two separate groups were holding birthday parties at the time. The suspects were seen carrying an IED, CP reported.

At press time, CP reported 12 of the injured patrons had been released from hospital. The other three – originally listed in critical condition – were upgraded to stable, CP reported.

“The Occupiers’ Liability Act simply calls for what is reasonable under the circumstances,” Sprague said Friday.

1 Comment » for Could bombed restaurants be held liable for not mitigating risk?