Boost your sales: What science is telling you about your buyers

Want to improve your sales?

Stop focusing on your technique as a salesperson and start relying on scientific studies of what the buyer is thinking, Steven MacDonald advises in a blog written for SuperOffice. 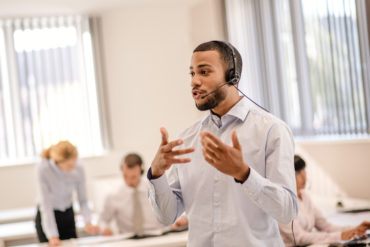 “Science-based selling uses scientific research to understand what is happening inside the buyers’ brain, and how their brain can be influenced,” MacDonald writes. “When you start selling in a way that corresponds with the way the brain is wired to make purchases, you’ll boost your sales.”

MacDonald’s blog lists many things that science tells us about the buyer’s brain. We’ve carved out our following ‘Top 5’ list from among them:

“Science shows us that buyers are more likely to make a purchase the closer in time to when they made the initial inquiry,” MacDonald notes. “However, every minute you wait before you contact the buyer results in a dramatic drop in their interest level.”

Calling back within one minute of inquiry improves lead conversion rates by 391%, according to a study of 3.5 million sales leads by Velocity, a provider of cloud-based lead management and sales automation solutions. Waiting even three minutes knocks the improvement down to just 98%. After an hour, you are down to 36% sales improvement, and after a day, there’s only a 17% difference.

“Most salespeople call once or twice then give up, but don’t,” MacDonald advises. “Research from Velocity shows that making six attempts is the magic number.”

The Velocity study shows that calling inquiries up to six times prior to making contact is the best way to achieve optimal conversion rates – 95% of all converted leads are contacted in six or fewer calls. Only 48% of leads convert after the first call, and 70% are converted by the second call attempt.

Leads requiring seven or more calls to achieve initial contact are 45% less likely to convert than those who are contacted in six or fewer calls.

“A buyer might be in a much better mood with you if you call at a time that is convenient for them, like first thing in the morning or at the end of their working day,” says MacDonald. (Don’t forget the time zone.)

While this may vary by industry, Velocity research shows the best times to call are usually between 8 a.m. and 9 a.m. and then again between 4 p.m. and 5 p.m. If contact attempts are made within these recommended call ranges, conversion rates have increased by an average gain of 49%.

“The scientific research shows that buyers will be more responsive on some days than others,” MacDonald writes. “Unsurprisingly, Mondays aren’t that great to call buyers, but did you know that Tuesday is just as bad?”

Calling to qualify a lead on a Tuesday is only 7% more successful than calling on the worst day of the week, Monday, according to call research done by Lead Response Management. Wednesdays and Thursdays are the best days to contact your leads for qualification.

Wednesday, the top day, was 24.9% better than the worst day, which was Friday.

A buyer is far less likely to answer a toll number or long-distance number that pops up on their phone. In fact, research done by Software Advice shows that buyers are 300% more likely to answer your calls if they recognize the area code.