LAKE LOUISE, Alta. – No one was hurt when an avalanche rolled over the Trans-Canada Highway in southeastern British Columbia early Wednesday morning.

Jamieson Harbottle, the fire chief in nearby Field, B.C., said no vehicles were hit by the slide.

“There were no injuries,” he said. “There was one truck that tried to drive through the debris, but there was no one involved in the avalanche.” 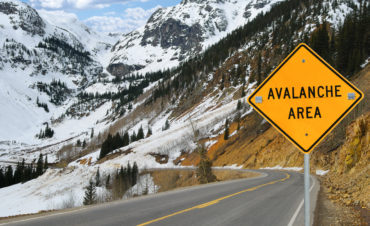 The slide happened on Mount Stephen, inside Yoho National Park. A statement from Parks Canada says all vehicles and drivers in the vicinity were safely turned around and evacuated.

A B.C. Transportation Ministry advisory says both directions of the highway have been closed off from Field to the boundary with Alberta.

Parks Canada says once avalanche control is complete above the slide area, heavy equipment will be able to safely move in and clear the roadway.

The statement says the route should be reopen at about 1 p.m. Pacific time.

The B.C. Transportation Ministry says no detour is available, but alternate routes include highways 95 and 93.

Parks Canada has rated the avalanche danger in Yoho National Park as moderate, indicating natural avalanches are unlikely to occur and that human-triggered slides were possible.