VICTORIA – British Columbia Premier John Horgan says completing the Site C dam is in the best interests of residents, despite the project’s price tag ballooning to $16 billion and completion date stretching to 2025.

The premier told a news conference Friday that Site C has faced “significant challenges,” and the $5.3-billion cost increase and one-year construction delay are due to geotechnical issues, COVID-19 and other pressures.

However, Horgan said the hydroelectric dam in northeastern B.C. is half done and cancelling it now would mean laying off 4,500 workers and a sunk cost of $10 billion. The average ratepayer would pay 26 per cent more, or about $216 a year, to cover the debt, he said.

“I believe today we’ve made the right decision. Completing Site C will help power our province well into the future with clean energy as we electrify our economy. It will keep our rates among the lowest in North America,” he said.

“We will not put the jobs at risk. We will not shock people’s hydro bills. We want to make sure that the financial implications of this project will be felt not immediately, but over the life of the project.”

The province said the expenses will be recovered through rates over the 70-year lifespan of the dam. After the project is operational, the average ratepayer will face about a three per cent increase above previous forecasts based on the $10.7-billion price tag in 2018. 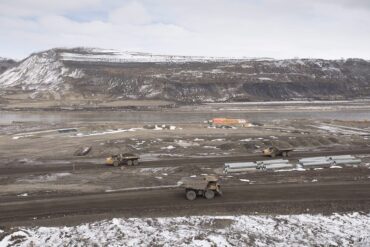 It said COVID-19 and the geotechnical issues represent about half of the additional costs, but it did not elaborate on the other factors or provide a detailed breakdown, citing commercial interests.

Horgan’s announcement comes months after a former deputy finance minister submitted a report on the dam for cabinet consideration in December. The province ordered the review last July after Crown-owned BC Hydro reported concerns about risks, delays and costs.

The province released a summary version of Peter Milburn’s report on Friday and said it had accepted all 17 of his recommendations, including enhancing the expertise of the project assurance board and strengthening BC Hydro’s risk reporting and management.

The government also asked two experts to examine solutions proposed by BC Hydro to the geotechnical issues that came to light in early 2020. The report, also released Friday, found that changes to the foundation on the right bank will ensure Site C meets safety standards.

Horgan also announced new leadership at BC Hydro. He said Doug Allen, who has held top positions at the Insurance Corporation of British Columbia and TransLink, will replace Ken Peterson as chairman of the board.

The premier said the Site C project was beset with challenges when it was first greenlit in 2014 by the previous B.C. Liberal government, which wanted to get it “past the point of no return.”

After the NDP took power in 2017, Horgan said he would reluctantly support completion of the dam across the Peace River just west of Fort St. John, but he would never have started it.

At that time, the sunk cost would have been $4 billion.

Horgan said he understands there are a significant number of B.C. residents who have never supported the project and they were not going to be any happier Friday than they were in 2017.

“I don’t have the luxury of fretting over the past. I have an obligation to focus on the future,” he said. “The costs going forward are going to be less than the costs behind us.”

Asked whether the $16-billion price tag was final, he noted he could not have foreseen a global pandemic, so other unexpected events could occur and push the cost higher.

Opposition Liberal critic Tom Shypitka said proceeding with the dam is the right decision, but the NDP needs to take responsibility for the cost overruns since 2017.

“This project has doubled under their watch. It’s gone from $8.8 billion to $16 billion all within their mandate. The NDP’s got to be accountable for this. It’s their show,” he said.

The report by Milburn suggests that concerns around geotechnical issues were raised in 2018 and it took two years for the government to notice, Shypitka said.

B.C. Green Leader Sonia Furstenau said she was disappointed, but not surprised, with the government’s decision. She said the business case for the dam was “astonishingly terrible.”

“Considering that we lose the agricultural land, the biodiversity, the traditional territory of the Treaty 8 First Nations, this is catastrophic,” Furstenau added.

The Union of B.C. Indian Chiefs said the province’s support of the project violated its commitment to the United Nations Declaration on the Rights of Indigenous Peoples.

“The Site C dam has never had the free, prior and informed consent of all impacted First Nations, and proceeding with the project is a clear infringement of the treaty rights of the West Moberly (First Nations),” said Kukpi7 Judy Wilson, the union’s secretary-treasurer.

The West Moberly First Nations, which hold traditional territories in the area of the dam, said the government’s decision was made without any attempt at consultation.

“We are not at all convinced that this project is safe. The premier’s decision has grave consequences for West Moberly and other First Nations,” said Chief Roland Willson.

Environmental groups also spoke out against the decision, with Wilderness Committee campaigner Joe Foy calling the project “irresponsible” and not based on common sense.

“Premier Horgan should put this dam out of its misery now. It’s time to walk away from Site C.”

– By Laura Dhillon Kane in Vancouver