Broker fined for misrepresenting cause of her termination

A Manitoba broker has been fined $1,000 and ordered to take an ethics course after failing to fully disclose on her broker licence renewal application why her brokerage had terminated her for cause. 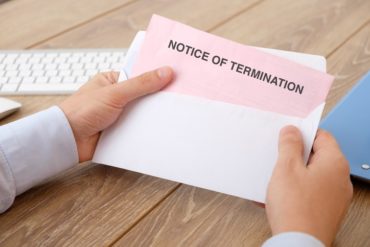 Rahat Sharma, a broker who used to worked for a brokerage identified only as ‘Agency A,’ was involved in an automobile accident on Jan. 24, 2019, according to the disciplinary decision of the Insurance Council of Manitoba, released Feb. 5, 2020.

Sharma told the council that she did not have time to park her car after the accident, and so she drove straight to work, even though her car was registered strictly for “Pleasure Use.” (In Manitoba, an “All Purpose” registration allows people to drive their cars for both pleasure and work.)

Four days after the accident, her brokerage placed her on probation and urged her to change her registration to All Purpose, which she did not do. Sharma told council that on Feb. 1, 2019, the brokerage manager told her verbally that the disagreement over the vehicle registration was the only cause for her termination.

But there’s more to the story.

The broker’s account diverges from that of her former employer, which shared with council additional grounds for dismissal. Council noted that Sharma received a termination letter from her former brokerage, dated Jan. 31, 2019, indicating that her employment had been terminated with cause for the following two reasons:

The discrepancy between the broker’s story and the termination letter first came to light on Feb. 12, 2019, when Sharma applied online to have her Level 1 broker’s license transferred to a different brokerage. She indicated on the amendment application that she had been terminated from Agency A.

About three weeks later, in her May 7, 2019 license renewal application, when asked if she had been discharged for cause by an employer, she answered ‘Yes.’ In the details section of the form, she elaborated: “I was let go by my previous employer (Agency A), as we had a disagreement on changing my insurance use from pleasure to all purpose.  Please let me know if further details are required.”

One day later, the regulator followed up with her previous employer, Agency A, about her cause for termination. The brokerage provided the regulator with the following details:

After receiving the above details from the brokerage, the regulator checked back with Sharma about the reasons for why she was dismissed. At that time, she indicated that the disagreement over insurance coverage was the only cause for her termination.

About a week later, the regulator’s licensing department requested more details from Sharma about the dispute. At that point – too late, the council ruled – Sharma painted a broader picture about her termination. She admitted accessing, without authorization, the file of the driver who had hit her. Also, following her car accident, she asked a colleague to tell an insurance adjuster that she did not drive straight to work because she only had a Pleasure Use registration.

“Council concluded that the licensee violated…sections 375(1)(a) Misrepresentation and (e) Incompetence or untrustworthiness [of the province’s Insurance Act] and ss 1 (Integrity) and 10 (Conduct Towards Others) of the Code of Conduct, and that disciplinary action is warranted,” the council ruled.

More News
Related
Broker fined for failing to review with his client a $1.4-million coverage change
Broker loses license after coverage gaps
Why brokers need to check their dec pages
Broker fined $2K for obtaining premium relief for a client while unlicenced