Broker fined after leaving agency with his own book of business

A B.C. broker who believed he was leaving one agency for another with his own book of business received a $2,500 fine for a privacy breach when he took a spreadsheet of his clients’ information with him. 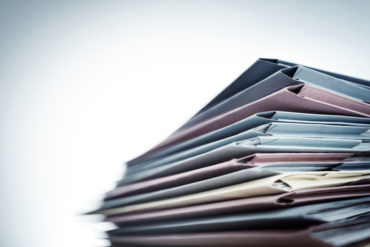 Before joining his brokerage in 2004, Jason Robert Verbeke had a verbal agreement with the agency’s nominee that he would continue to own his book of clients that he had built during his time at the brokerage. (The brokerage was not named in the Insurance Council of B.C.’s ruling on the matter.)

During his 12 years at the brokerage, he managed his own client files: he drew no salary, made income strictly on commissions, and was responsible for his own expenses. He mainly handled Autoplan insurance business and serviced automobile dealerships.

In 2016, he left the brokerage to join another agency. When he left, he took no physical files with him, but he did keep a spreadsheet that he maintained while representing the agency — including client names, policy numbers, and policy effective dates.

“The licensee stated he felt he did not act improperly, since he believed these clients to be his own,” the Insurance Council of B.C. wrote in its final decision imposing a fine for the privacy breach.

Verbeke told council his policy was to ask his clients each year if he could contact them the following year for their Autoplan renewals and have them sign ICBC consent forms.

He maintained that he called each client when their insurance policy was up for renewal and informed them that he had changed agencies. And he said he obtained their consent before proceeding with a renewal. He also said he sent a letter of brokerage to all of his home insurance clients and posted on public media that he was transferring to a different agency.

However, he did not, as council noted, receive permission from his previous agency to take the spreadsheet. Nor did he have the express consent of the clients to keep the information on the spreadsheet. For that breach of privacy, even though no harm was done to the clients, council levied a $2,500 fine, and ordered Verbecke to take privacy compliance courses.

In coming to its conclusion, council cited its June 2017 bulletin, Reminder of Licensee Responsibilities Related to Disclosure or Transfer of Client Information.

“As such, if a general insurance agent leaves one agency to represent another, the general insurance agent must not have client information, including records or documentation, in his or her possession, and must also not disclose or transfer client information from the former agency to the new agency without the consent of both agencies and the express authority from the client to do so.”

More News
Related
One-year suspension for broker who involved unlicensed spouse in renewals
When a broker leaves a brokerage, who owns the clients?
Broker fined for out-of-province licensing muddle
Why some brokers may shy away from using an MGA