A B.C. broker has had his licence cancelled for five years after the provincial broker regulator found that he had participated in a kickback scheme involving a potential preferred vendor for the brokerage. 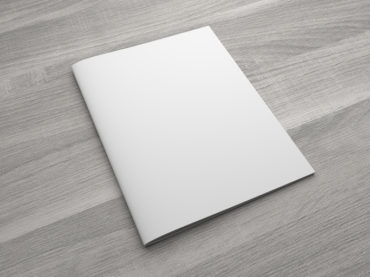 Bhupinder Singh Atwal, assistant vice president at the unidentified brokerage, worked primarily in the new-home warranty division of the brokerage, but was also responsible for sales, continuing professional development seminars, and webinar initiatives in related fields.

In its decision, the Insurance Council of B.C. found that Atwal had pocketed $2,300 in cash from a potential preferred vendor “for approximately eight months with no evidence of any intention to return it.” In addition, the broker had asked the potential vendor to paint the fasciae of his father’s house as part of registering him as a vendor for the agency.

Finally, council found that Atwal had been in a conflict of interest for his home-walk-through business, which involved properties built by the brokerage’s clients and vendors.

“Council found that the licensee’s actions brought into question his trustworthiness, as well as his ability to act in good faith and in accordance with the usual practice of the business of insurance,” the Council’s decision reads. “Council concluded that the licensee was no longer suitable to hold an insurance license.”

Atwal resigned from the brokerage in February 2017, after the allegations came to light.

According to the Insurance Council of B.C.’s intended decision, Atwal met in 2016 with two people, identified in the decision only as “P” and “R,” to discuss their contract company becoming a vendor for the brokerage.

At the meeting, Atwal discussed the registration process for becoming a preferred vendor, which required registration with the Homeowner Protection Office (HPO). The broker advised P and R that he could complete the HPO application for a $300 fee, which he later acknowledged to council was “unacceptable.”

Atwal advised P and R that there were $1,350 in fees associated with licensing and registration procedures. He also asked P. “to paint his father’s fasciae as part of registering him as a vendor for the agency,” council found.

The broker received $2,300 in cash from P to process the application. “The licensee stated he advised P that the $2,300 was too much money, but was told to hang onto it for the time being,” council wrote.

Atwal held onto the money until Jan. 10, 2017, when R contacted the brokerage to advise that Atwal was demanding “kickbacks.” Recordings of Atwal’s conversations with P were entered as evidence in the council’s disciplinary hearings.

“Council noted that the licensee had accepted the $2,300 from P, which was neither documented nor declared to the agency,” Council found. “While the licensee stated it was never his intention to keep the money, council found this difficult to accept as the licensee held the money for approximately eight months with no evidence of any intention to return it.”

Council also found Atwal was in a conflict of interest for a home walk-through business, which assisted new-home buyers as they took possession of a new home.