With the federal Bank Act up for review in 2019, a Montreal-based broker is warning that some banks will try to have the government change a law restricting the way banks can sell property and casualty insurance. 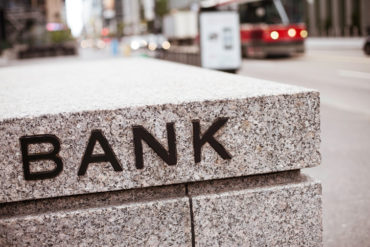 “I am sure that the banks are going to try to have the current restrictions lifted,” Ted Harman, president at Accent Insurance Solutions, said Wednesday in a phone interview.

It is “up to individual banks what their views would be” on banks selling insurance, Aaron Boles CBA’s vice president of communications, told Canadian Underwriter Wednesday.

TD is the only Big 6 Canadian bank that writes its own home and auto insurance, through Meloche Monnex Inc., which in turn owns Security National Insurance Company.

National Bank sold its stake in joint venture InnovAssur assurances générales inc. in 2016 to its other partner, Intact Financial.

Aviva has acquired RBC General Insurance Company. Bank of Montreal does not sell either home or auto insurance, while the Bank of Nova Scotia and the Canadian Imperial Bank of Commerce sell home and auto insurance underwritten by subsidiaries of Desjardins.

Federal law allows banks to sell home and auto insurance through subsidiaries but not in their branches. They may sell “authorized” lines of insurance, such as creditors’ disability. Banks are also not allowed to provide access, from their web pages, to other web pages through which insurance other than “authorized” types are sold.

“Credit and insurance are two thing that ought not be joined at the hip,” said Harman, commenting in his capacity as a brokerage owner. He added the bank representative should not be able to say to a consumer, “We are going to give you your mortgage and, oh, by the way, here is an insurance policy to cover you.”

Harman said there is no shortage of examples in which people have purchased mortgage insurance at the point of sale and received credit, only to find out later that for some reason the insurance isn’t going to get paid out.

Whether or not individual banks push for easing the restrictions, a backbench Liberal MP recently told Toronto area brokers he does not “foresee a lot of changes” with banks and insurance.

“I think we need to ensure that we have a healthy competitive marketplace for insurance at the point of origination of insurance,” Francesco Sorbara, MP for Vaughan-Woodbridge, said during the Insurance Brokers of Toronto Region breakfast in November.

If banks are allowed to start selling personal lines insurance within the retail branch, “it potentially opens up the door for them to consider selling small property packages to small businesses and then expanding that to medium enterprises,” Rael Levy, vice president of the Toronto Insurance Conference, told Canadian Underwriter earlier.

“Brokers feel like there is a presumptive element of undue influence over the consumer when they are applying for credit, a business loan or mortgage and they might feel intimidated or out of options and then insurance is foisted upon them at the last minute to consider as well,” Levy said.