Following the marching orders of a decision last year by B.C. Financial Services Tribunal (FST), the Insurance Council of B.C. has issued license suspensions to two insurance brokers for their role in overriding their clients’ outstanding toll bridge debts in order to provide them with auto insurance. 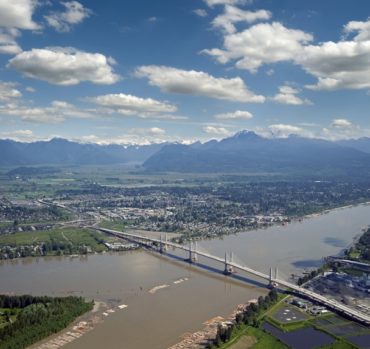 The two brokers each had previously received fines of $5,000 for their actions. They were among seven B.C. brokers who faced disciplinary action following an investigation into the toll bridge matter by the province’s public insurer, the Insurance Corporation of B.C.

B.C.’s provincial government made it free to cross the Port Mann and Golden Ears bridges in September 2017. That left the bridge toll overseer, Transportation Investment Corp. (TI Corp.), to collect about $75 million in outstanding bills from drivers. Four months after the tolls were eliminated, drivers still owed more than $40 million in unpaid tolls.

Seven brokers were found to have committed misconduct by sending false receipt numbers to insurers, incorrectly suggesting that their clients’ outstanding bridge tolls had been paid. Each of the brokers admitted the misconduct, with one explaining to the Insurance Council of B.C. that she was “only trying to help customers with toll bridge debts who were in a difficult position due to not having a credit card or whose insurance would expire at midnight.”

Council initially called for individual fines of $5,000, not license suspensions. However, while not challenging the council’s base findings of misconduct, the Financial Institutions Commission of B.C. (FICOM) appealed the fines to the FST, arguing that they were not sufficient to deter brokers from misrepresenting facts.

The tribunal rejected the $5,000 fines. Subject to mitigating circumstances, the FST ruled, “it is only licensing action in the form of a suspension, cancellation or conditions (in addition to whatever other remedial option the regulator may consider appropriate in a case) that can adequately protect the public, secure its confidence and express the denunciation that such conduct warrants.”

The FST further ruled that that baseline penalties for each broker should be a minimum of six months, and each should be required to take an ethics course.

As of February 2019, the council had re-issued penalties to five brokers; in those cases, the regulator suspended each of the broker’s licenses for a range of between six and nine months, with special consideration given to the experience and level of the broker. At the time, two other cases were scheduled for a re-hearing.

On July 9, council issued individual license suspensions to two brokers (one for seven months and the other for eight).

One of the two brokers made the case that, had she known she would be facing a license suspension, she would have requested a full hearing instead of taking the advice of her manager at the brokerage that she simply pay the fine to resolve the matter.

Council’s response was that she knew it was a possibility that FICOM could challenge council’s decision; essentially, she gambled that this would not happen and lost. But council clearly expressed some empathy for the hardship caused to the broker by the negative media attention surrounding her case.

“The hearing committee appreciates and accepts that the licensee in this instance has been the subject of significant negative media coverage,” council’s decision states. “Although the media reports refer to the fact that over 100 insurance brokers had been identified as overriding the toll bridge fine payment system, the licensee has been one of the few licensees specifically named in some of the media reporting.”