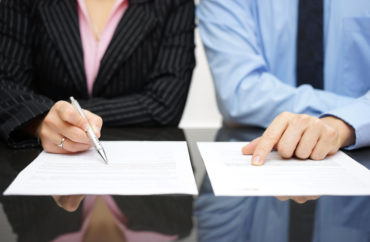 “Just because the hearings are required to be held in camera doesn’t mean that we have not been pretty effective at regulating the profession,” RIBO CEO Patrick Ballantyne said Thursday in an interview. “What is being done here is to shed a little more light on the process.”

At the moment, when an Ontario broker appears before the RIBO disciplinary committee, this happens behind closed doors—a provision of the Registered Insurance Brokers Act. By contrast, anyone can normally watch a disciplinary hearing of an Ontario lawyer, engineer or teachers.

Ontario’s Bill 177, an omnibus budget implementation bill, would change the law to make broker disciplinary hearings open to the public. It would also clarify that the government sets fines by regulation, and that brokers answer to RIBO for anything they did while they were licensed.

Most MPPs voted Wednesday in favour of a time allocation motion on Bill 177. This means the bill is now before a committee of MPPs that will have one day only, Dec. 7, to hear from the public and stakeholders and must send the bill back for third reading by Dec. 12.

For RIBO, the “logistics” of opening its disciplinary hearings to the public is “something that we have not yet worked out,” Ballantye said, adding this is something RIBO officials “have been giving some thought to.”

Other professional watchdogs—including the Ontario College of Teachers, Professional Engineers Ontario and the Law Society of Upper  Canada—have their disciplinary committee hearings open to the public albeit with some exceptions.

RIBO can “certainly learn from” the experience of other self-regulating professions “and that’s the intention,” Ballantye added.

There would be an allowance for hearings to be closed to the public, similar to how a judge in a criminal trial can impose a publication ban.

Bill 177 would also take away the RIBO council’s authority to fix maximum fines when brokers are found guilty by misconduct, but that is more of a housekeeping measure. Those maximum fines, of $25,000 for a brokerage and $5,000 for individual brokers, “have already been set by regulation,” Ballantyne noted.

“We had to clarify” whether the finance minister or the RIBO Council had authority to set fines “and we clarified that it should be in the regulations,” Ballantyne said.

RIBO Council is “pleased that [Sousa] has received our proposals and taken it as far as he has,” Ballantyne added.

Changes proposed in Bill 177 give RIBO jurisdiction over suspended brokers as well as brokers who resign from RIBO or whose membership is revoked.

RIBO has “always had jurisdiction over a person who resigns prior to the completion of a disciplinary action relating to the period when they were licensed,” Ballantyne said Thursday. “The proposals clarify that we maintain our jurisdiction in instances where the licensee has already been suspended or revoked.”

The aim, Ballantyne added, is that “the broker is accountable for all acts committed while they were licensed.”