A B.C. broker has been fined $7,000 and had his licence suspended for a year for his role in a “grey market” scheme to circumvent a ban on selling new luxury cars directly to used vehicle dealerships.

Anthony Bryan Chua Cua collected more than $24,000 in broker commissions from the province’s public auto insurer after placing more than 129 one-year auto policies for “temporary drivers” over the course of two years, an Insurance Council of B.C. investigation found.

“In order to circumvent contractual terms imposed by vehicle manufacturers prohibiting the sale of new vehicles directly to used vehicle dealerships, the [vehicle] exporter’s practice was to make use of individuals (‘temporary owners’) who would purchase automobiles, typically luxury vehicles, using funds provided by the exporter, for the purpose of transferring them to the exporter shortly after purchase,” Council wrote in its decision.

“The licensee explained to Council’s investigator that employees of the exporter would contact him when they needed Autoplan transactions processed. He would then meet with a temporary [vehicle] owner and a dealership representative in order to process a one-year Autoplan policy.

“In doing so, the licensee would receive a commission from ICBC for having processed a one-year policy. A few days later, however, the one-year policy would be cancelled, but the commission would not be clawed back by ICBC. The licensee described the [vehicle] exporter’s owner as being a family friend.” 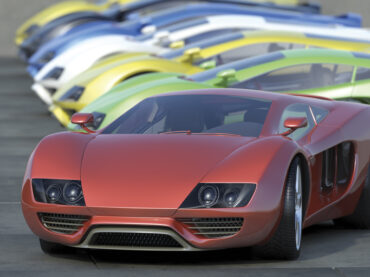 Twice, the broker himself acted as a temporary vehicle owner, council’s investigation found. In those situations, the broker tried to get ICBC to give him a temporary operating permit instead of a one-year Autoplan policy, but staff at the auto dealership would not allow the vehicle to be sold to him unless a one-year policy was put in place. The exporter paid for the insurance.

The broker’s activities were discovered in October 2017, when the brokerage’s nominee noticed that “several licence plates were stored under the licensee’s desk, including some [that] were still in their original wrappings,” the B.C. Insurance Council wrote in its decision. “A preliminary investigation by the nominee revealed that the licensee had been issuing one-year Autoplan insurance policies that were being cancelled within a few days.”

The nominee notified ICBC about the matter in December 2017. After its own internal investigation, ICBC subsequently banned the broker from both processing ICBC Autoplan policies and accessing the ICBC database for a year, with an ethics course being a requirement prior to reinstatement. ICBC is moving to recover its commissions paid out to the broker, according to the council’s decision.

During its disciplinary hearings, council’s investigators grilled the broker about his knowledge of the scope of insuring “temporary drivers” as part of the grey market for selling luxury vehicles in B.C. The regulator’s concern is that other insurance brokers might be participating in similar “grey market” schemes to circumvent the rules about selling new cars directly to used car dealerships.

The broker said he had no knowledge as to how broad the practice might be in the province. But Council nevertheless used the case to send a message in case the practice is widespread.

“Council believes that its decision should also send a message to the insurance industry and general public that generating commissions through the processing of exploitative transactions is not acceptable to Council, and that licensees should self-correct and seek guidance and clarification in situations in which they suspect there may be ethical problems,” the decision read.

“Council is concerned, based on remarks heard during the [discipline] committee meeting, in addition to information provided by the commissioned experts, that the practice of exporting vehicles in the manner carried out by the exporter may be widespread in British Columbia, and that the involvement of [brokers] processing and cancelling Autoplan insurance policies, as the licensee had, may be similarly widespread.”

In issuing its penalty, council cited the broker’s remorse, his inexperience, and the fact that ICBC had already issued a one-year ban as mitigating factors.

It also identified several aggravating factors: “Council recognized that the licensee’s actions were financially motivated,” the decision reads. “Additionally, the sheer volume of transactions that the licensee performed for the exporter in a relatively short period of time establishes a clear pattern of unethical behavior, and demonstrates a lack of due diligence, and an incredible amount of willful blindness on the part of the licensee.”