A British Columbia brokerage was not wrong to issue a disputed temporary permit that allowed another person to drive a client’s car, the province’s Civil Resolution Tribunal (CRT) has ruled.

The matter arose from a dispute between Andrew Lawrie and another person identified in the CRT decision only as ‘RS.’ Lawrie and RS clearly did not share the same understanding over a transfer of car ownership: Lawrie claimed that he thought he had sold RS the car, only to find out later that the car was impounded while being driven by RS. After retrieving the impounded car, Lawrie accused the brokerage of giving out a temporary permit for RS to drive the car when he never granted written permission for RS to do so. 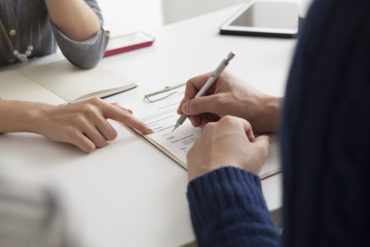 However, in dismissing the small claims dispute, CRT member Julie Gibson found that personal and commercial lines brokerage Johnston Meier Insurance Agencies did not fall below a reasonable standard for a brokerage in issuing a temporary operation permit. “While I understand [Lawrie] is upset by the significant cost to retrieve a car from the impound, I find he has not proven his claim against the [brokerage],” Gibson wrote in Lawrie v. Johnston, Meier Insurance Agencies Ltd., released Friday.

Lawrie said he paid $700 to recover his car, and claimed $1,000 in damages for negligence. He said he did not give Johnston Meier Insurance Agencies written permission to allow RS to drive the car. The brokerage said Lawrie presented ID and signed the permit, which was issued to Lawrie, not RS.

Lawrie had argued “he thought he sold his car to RS,” and implied that they both attended the brokerage together to get a temporary permit. “However, the documents do not prove this version of events,” Gibson wrote.

Instead, based on the permit document filed in evidence, Gibson found that on Dec. 21, 2018, Johnston Meier Insurance Agencies issued Lawrie a permit to drive his car for one day; a brokerage employee viewed Lawrie’s driver’s licence and Lawrie signed the permit.

Two weeks later, Lawrie was informed by letter that his car had been impounded because RS was prohibited from driving.

According to Lawrie, a brokerage insurance agent had told RS something like, “Oh, you don’t want to insure the vehicle right now,” and RS responded by saying he wanted to drive the car, but would insure it later. “There is no evidence before me from RS,” Gibson wrote in the decision. “As well, the [brokerage] provided internal emails showing that its assistant manager, MM, checked their records and found no records referring to RS. Accordingly, I prefer the [brokerage’s] evidence that no such conversation with RS occurred.”

In any event, Lawrie did not explain why he signed the permit document that authorized the car’s operation for one day, or why he allowed RS to drive when he never gave written permission for RS to do so. “[Lawrie] provided no authority that says [the brokerage] should have obtained his written permission allowing RS to drive his car, given that the applicant [Lawrie] had already signed the permit.”

In submissions, Lawrie denied giving RS permission to drive his car. But “whatever disagreement” Lawrie has with RS does not establish that the brokerage was negligent in issuing the permit, Gibson wrote. She also called the belief that Lawrie had transferred ownership of the car to RS before it was impounded a “separate issue” between him and RS.

“Whether [Lawrie] failed to transfer ownership of the car to RS is not relevant to the question of whether the respondent was negligent in issuing the temporary operation permit.”