A brokerage leader is concerned that “burnout” is a term thrown around too casually, and it’s not taken as seriously as it should be in the property and casualty insurance industry.

“As someone who has suffered burnout, I can tell you it’s neither benign nor temporary,” said Mary-Lou MacDonald, Ottawa-based national practice leader of health and performance at Hub. “Although feeling burned out is common, it’s not normal, and the consequences unfortunately can extend to your family, your relationships, your employees, and your career.”

MacDonald was speaking alongside Philip Swayze, Hub’s east region practice leader of health and performance in the U.S., during the brokerage’s recent virtual summit, Resilient: Responding to Changing Workforce Needs.

MacDonald noted that two years ago, the World Health Organization declared burnout — defined as a state of complete physical and emotional exhaustion — an occupational phenomenon that results from chronic workplace stress that has not been managed successfully.

And that was before the global COVID-19 pandemic struck last March.

“Now the situation is so much more broad and dire, and workplaces can no longer afford to ignore it — because when employees struggle, the organization struggles,” MacDonald said during the session Beyond Burnout: Responding to Employee Mental Health Needs. “In organizations, it cripples productivity and costs, and manifests as low engagement, presenteeism, attraction/retention — things that are critically important to the successive organizations — and obviously increased absenteeism and turnover.” 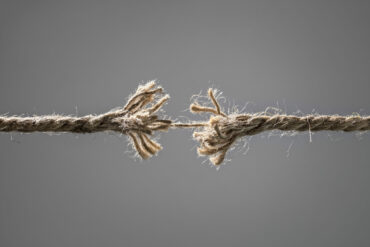 Looking at the business as a whole, burnout results in increased safety accidents and mistakes on the job. For the individual, it affects work performance and behaviour, MacDonald reported.

“You’ll be easily frustrated, angry, cynical, or critical about your work [and] unmotivated, disillusioned, and wanting to socially isolate from your co-workers and your family and friends,” she said.

Further indicators include headaches and other physical complaints. Plus, and this may not be easy to see when you are working from home, negative changes in personal appearance.

In Canadian Underwriter’s Working From Home survey, conducted in June 2021, more than half (54%) of 800 Canadian P&C workers who filled out the survey reported feeling at least some stress and burnout (35% some; 11% a lot; 8% a great deal) being at home and working. The remaining 46% reported feeling either “very little” burnout and stress or “none.”

“The day never seems to end,” one person wrote in response to an open-ended question about why they felt the way they did.

For managers, it’s unlikely you’ll be able to detect the initial signs and most recognizable indicators of burnout. “As leaders, you should be trained to actively watch for the signs because they indicate long-lasting and significant health impacts such as depression, anxiety, substance use, and even suicide,” MacDonald advised.

Having no training in detecting burnout signs is not an excuse for managers to ignore the issue, Swayze said. “An employee in need of mental health support can also look like an employee in need of a performance improvement plan. [Providing training that educates leaders] can help managers spot the difference between these.”

For employees, self-awareness is key, MacDonald added. You may be able to recognize such behaviours but “my personal experience tells me that’s not typically the case. And even if you do, there can be a tendency, particularly with high performers, to override those little voices in your head and power through.”

For this reason, the onus can’t be placed squarely on the employee to recognize burnout. “Rather, the environment the system or the culture in which we work has at least as much to do with creating and exacerbating the situation,” MacDonald said.