Brokerage adoption of nine key technologies has risen by 12% across Canada to a new high of 69%, according to the Centre for Study of Insurance Operations (CSIO). 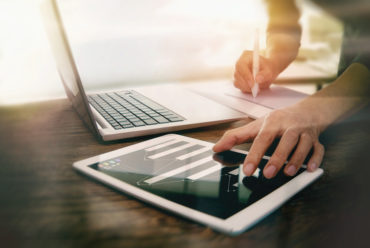 In 2016, Nova Scotia led Canada with an 81% adoption rate, followed by Ontario (77%) and Alberta (75%). The lowest adoption rates were Saskatchewan and Manitoba (both at 58%), CSIO said in a statement. In 2015, Ontario’s adoption rate was 70%, followed by Newfoundland and Labrador (62%) and Alberta (59%). The lowest rates were Manitoba and Quebec (49% each). (Overall adoption statistics by province are available at https://www.csio.com/resources-tools/technology-scorecard/technology-adoption-map).

Among the findings of the Technology Scorecard:

“This update proves that the broker channel has made commendable progress in adopting digital solutions since the initial scorecard assessment in early 2015,” noted Catherine Smola, president & CEO of CSIO, in the statement. “We continue to advocate for the use of technologies such as eDocs and eSignatures in the broker channel, meeting consumer expectations for digital service and strengthening the competitive position of the broker channel.”