BrokerLink’s take on the surging demand for brokerage M&A

EDITOR’S NOTE:  This article has been corrected to show that BrokerLink has over $2 billion of written premiums. A previous version of this article icorrectly stated the Intact subsidiary had more than $2.5 billion in premium overall, about $700 of million of which is in commercial lines. Canadian Underwriter apologizes for the error.

The red-hot market for brokerage M&A is showing no signs of slowing, a BrokerLink executive told Canadian Underwriter in mid-June.

“It’s quite busy right now, the market is very active,” Paul Meyer, BrokerLink’s vice president of acquisitions, said in an interview. “We’re getting a lot of calls. A lot of brokers seem to be looking. There’s going to continue to be a lot of deals.”

Over the past year, BrokerLink has made 13 acquisitions — six in Ontario, five in Alberta, and two in Atlantic Canada, with an aggregate of about $375 million in premium, Meyer said. The Intact Financial Corporation subsidiary has over $2 billion in written premiums. 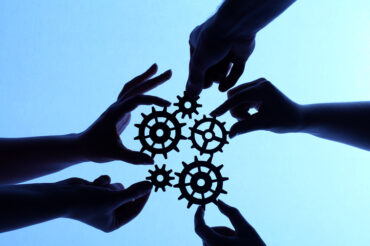 BrokerLink has a presence in three geographic areas of the country, with about 150 locations in Alberta, Ontario, and Atlantic Canada. It has no specific plans to expand beyond those regions, at least not right away, Meyer said. “For the short- to mid-term, we’re probably sticking in those areas where we are right now.”

That said, if an opportunity came along that potentially had scale to it, the brokerage would definitely consider it. “We don’t really disqualify anything from an opportunity standpoint,” Meyer said. “There’s really nothing that disqualifies a broker from piquing our interests, whether they [are] all commercial, or all personal lines, or any kind of variation in that.”

BrokerLink operates with a community-based M&A model. “We like to have our employees involved in the local community charitable events and sport events, things like that,” Meyer said. “We definitely look for locations where we don’t have an office… [but] that’s getting a little harder as we grow. So, sometimes we make multiple deals in the same town.”

Sometimes, BrokerLink will get referrals from brokers with whom they’ve already done deals, Meyer reported. “And that’s the best testament that they can make for us.”

It’s also important that staff are happy and want to stay with the brokerage. “Because if you don’t have good, motivated staff, you’re not going to have a successful business,” Meyer said.

The retention rate on employees that have come into the organization through acquisition is over 90%, Meyer reported. “It’s one of the stats that we’re most proud of, that they hang around and they’re engaged. We’re a large broker, but we want to have a small, intimate feel at the ground level.”

He attributes this engagement to things like long-term benefit programs, such as RRSP, good medical, dental and bonus programs, and an Intact Financial stock purchase program. Acquired companies also keep compensation terms and tenure from their previous employer.

There is a lot of interest in P&C brokerage acquisition overall, Meyer said, whether through BrokerLink, their competition or private equity firms. “So, they’re all positive things for vendors, for sure.”