The issues facing the broker channel – such as the regulatory environment and technology – are collective, but the channel is strong together, Robert Harrison, new president of the Insurance Brokers Association of Canada (IBAC), said during the association’s annual general meeting in Charlottetown, P.E.I. on Saturday. 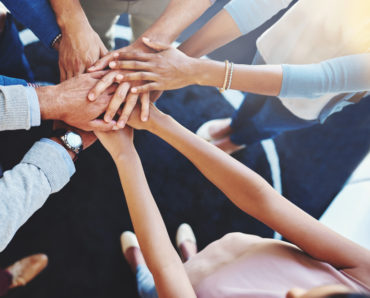 “Do we need change? I think we need a collective wisdom,” Harrison told assembled brokers. “I think we’re heading that way. I intend to raise the flag, rally the troops if you will, and I think that it’s incredibly important that we pull as a team. I think we are.”

While there are challenges, in those challenges are opportunities, Harrison continued. “We have a great start to a year in which we are going to focus on [professional development]; we are going to produce a document that is the gold standard,” he said. “We are going to produce a document that all of us can stand behind and hold up to our regulators, our staff, our associations as the gold standard. We will produce this document with support of everybody and we’ll have it quickly, thoroughly and properly.”

As for technology, “we don’t want to be run over, we want to be driving the bus,” Harrison said. “We want to be at the front of the curve and we will spend time, energy and effort to make that happen.”

Communication is also crucial to engage the membership. “We need communication. We need to reach out; we need to be talking at all times,” Harrison said, noting that advocacy continues to be a staple of the channel. “At the end of the day, we stand for our clients.”

Outgoing president Lorne Perry, who will take on the role of IBAC chairman, told attendees that he understands the pressures of serving on IBAC’s executive committee. “Standing in front of your peers and asking them to have the confidence to allow you to serve on their executive can be quite intimidating,” Perry said. “I know, I went through it twice.”

Perry told the brokers in attendance that after his first speech, he was approached by Stéphane Bernatchez, who will be leaving as chairman to governor and who was director for Quebec at the time. Although Perry was unsuccessful in his first attempt, he was successful in being elected to the IBAC executive the second time. “Stéphane cautioned us to not only consider the differences in Quebec, but also to think of the different regional issues when we are looking at a national solution,” Perry related.

As for Harrison, initially he had committed to serve one year, but, “fortunately for us, he decided to continue the journey,” Perry said.

“Over the last few years, he has shown his commitment to the association, he has impressed with his wit and his insight and his ability to listen intently to discussion and then get to the meat of the issue by summarizing,” Perry said. “‘So what you’re saying is,’ is one of his greatest strengths.”