Insurance brokers are among the professionals expressing concern over proposed changes to federal taxes on business income, a Saskatchewan member of parliament said recently. 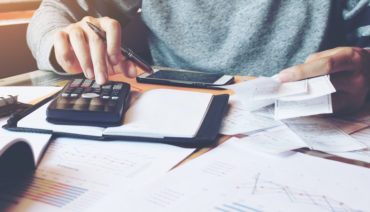 One proposed change, if implemented, would mean that some individuals would no longer be eligible to claim the lifetime capital gains exemption in respect of capital gains that accrue during a period when a trust holds property. The ruling Liberals also proposed July 18 to expand the tax on split income (TOSI) – currently a tax on business income such as dividends earned by children in some circumstances – to adults in some cases.

“I received hundreds of phone calls, emails, and letters from my constituents, most from small business owners, expressing their deep concerns about how these changes would affect their ability to run their businesses,” Robert Kitchen, Conservative MP for Souris Moose Mountain, Sask., said in the House of Commons Oct. 6. Kitchen added that “veterinarians, insurance brokers, small oil and gas companies, doctors, store owners, and even rural municipalities” were among the people who expressed concern to his office.

Kitchen made his comments during debate on the motion to extend the consultation period to January, 2018.

“These people are not the 1%,” Kitchen said of concerned constituents who contacted him. “Many of them are firmly middle class and are offended by the notion they conduct their business in a dishonest way.”

The lifetime capital gains exemption “provides an exemption in computing taxable income in respect of capital gains realized by individuals on the disposition of qualified small business corporation shares,” Finance Minister Bill Morneau wrote in the proposal released July 18. “An individual may shelter capital gains realized on the disposition of qualified small business shares up to a lifetime limit of $835,716 in 2017.” That limit is indexed to inflation.

The LCGE “may be claimed by several members of the business principal’s family in circumstances where those individuals may not have effectively contributed to the business in respect of which the exemption is being claimed,” Morneau added at the time. “A particular concern is the promotion and use of (typically, discretionary) family trusts to sprinkle capital gains among family members.”

Among other things, the ruling Liberals are proposing to change income tax laws such that individuals would no longer be able to claim the LCGE “in respect of capital gains that accrue during a period in which a trust holds the property.” There would be exemptions, such as one for some employee share ownership trusts where the beneficiary is “an arm’s length employee of the employer sponsor of the arrangement.”

The ruling liberals are also proposing to expand the tax on split income (TOSI) so that TOSI would also apply to “a Canadian resident adult individual” who receives “income from the business of a related individual” when that income “is unreasonable under the circumstances.” A proposed “reasonableness test” would apply one way to individuals between the ages of 18 to 24 and another way to adults 25 and older.

The intent is for adults to pay TOSI on income from the business of a related person if that income “exceeds what an arm’s-length party would have agreed to pay to the adult specified individual” Morneau suggested in the document released July 18.

One organization that made a submission during the consultation period was Chartered Professional Accounts of Canada. CPA Canada said in its submission the government should abandon what CPA Canada calls the “highly subjective” reasonableness test, but if the reasonableness test is implemented then the federal government should provide “greater certainty through de minimis exceptions for smaller split income amounts that would exempt taxpayers below certain income levels or other thresholds and thereby reduce complexity and the potential for disagreements resulting from honest differences of opinion.”

Morneau said earlier the ruling Liberals are “proposing changes to tax rules to prevent the surplus income of a private corporation from being converted to a lower-taxed capital gain, and stripped from the corporation.”

In some cases, incorporation “can allow a high-income incorporated professional to be taxed at a lower rate on his or her personal income than a salaried Canadian,” said Joel Lightbound, Morneau’s parliamentary secretary, on Oct. 6 in the Commons.

Morneau said earlier there are “unintended advantages” of rules allowing business owners to hold passive investments within a corporation.

“If someone were to go to an accountant today and ask how this was going to affect his business, any professional accountant would have to say that they could not tell him how the Liberals’ proposal was going to affect his business, because the proposal is not complete,” said Daniel Blaikie, NDP caucus chair and MPP for Elmwood-Transcona, Manitoba on Oct 6. “If that person was engaged in any passive investment, the accountant, unless he knows how the Liberals are going to change the rules on passive investment for companies, cannot in good conscience, as a professional, tell him how his business is going to be affected.”

The proposal published July 18 “was not actually a complete proposal for how to change the tax code,” Blaikie added.