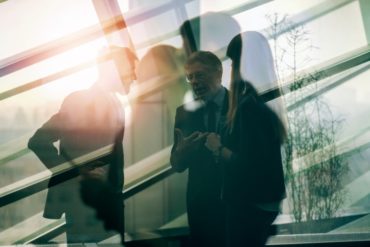 “I think the activities of the brokers towards lobbying and informing the new politicians [in Ontario] of the insurance marketplace is a very important part of the next step right now,” Intact Insurance president Louis Gagnon told brokers attending the 2018 Insurance Brokers Association of Ontario (IBAO) Convention. “You are probably doing it already, but I think we actually have to increase the intensity.”

Gagnon spoke one day after an IBAO ‘BIP Talk’ discussion with Doug Downey, Ontario’s parliamentary assistant to the minister of finance. When asked when the Ontario government might make a public statement about its direction on the insurance file, Downey said: “We’re going to have the Fall Economic statement, and I think we may see something in there.”

Insurers’ woes with auto insurance have reached a critical level. Federally regulated Canadian property and casualty insurers paid out $535 million more in auto claims during the first quarter of 2018 than they did during the same period last year, according to financial results posted by the Office of the Superintendent of Financial Institutions (OSFI).

Carriers have been seeking rate from regulators to make up for their escalated claims costs, reportedly with mixed results. Twenty insurers representing approximately 50% of the market based on premium volume had rates approved by the Ontario regulator in 2018 Q3; approved rates will increase on average by 2.06% when applied across the total market.

That’s not enough to keep pace with current claims costs, most insurers would agree.

Gagnon predicted auto insurance rates will continue to climb over the next 12 to 18 months. Earlier, during the IBAO’s CEO panel, he reported the company’s three distinct business units – Intact Insurance, belairdirect and BrokerLink Insurance – had a collective ROE of 11.8%, which was lower than expected, largely because of the auto product. Normally for Intact, ROE is expected to be in the mid- to upper-teens, he said.

“I think Ontario auto is going to take awhile to get [rates] back to something reasonable,” Gagnon said. “There’s a lot of volatility right now, lots of discussions at various levels.”

The increase in claims costs has swung the auto market toward a hard market, part of a “natural evolution” as insurers seek to restore balance to their auto books of business, said Rowan Saunders, president and CEO of Economical Insurance. And for that, brokers need to be prepared to explain higher auto rates to consumers.

“Speaking to some brokerages, they are about to feel the market swing,” Saunders said. “Many of our employees in our [insurance] organizations and in your [brokerage] organizations actually haven’t been through the depths of a cycle swing. I think it’s something we should all be thinking about.

“There is an education process, there’s preparation. We need to talk to our internal employees, and particularly with customers.”

As other CEOs on the panel noted, the problems with the auto product are not confined to Ontario, although the Ontario market makes up approximately 50% of the country’s auto premium pie.

“Auto across the country is in a state of flux,” said Carol Jardine, president of Canadian P&C operations for Wawanesa. “At least we are allowed to take rate in Ontario. It’s not like Alberta. Alberta has capped [rate increases], and they are not looking at private reform, so we are not allowed to adjust our premium based on the losses that we are seeing.”