Risk managers dealing with internal fraud investigations need to get brokers and carriers involved early in any fraud investigation, regardless of whether or not criminal charges are being pursued, and ensure that evidence is preserved, RIMS Canada Conference speakers suggested Monday. 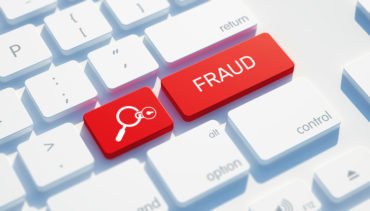 “It makes a lot of sense to get your broker involved early on, even if you don’t make a claim down the road” on a fidelity policy, suggested Dave Robinson, senior manager for Deloitte, during a panel discussion on financial crime at RIMS Canada.

“It’s important, from your perspective, that there is a policy in place that if there is an indicator of fraud … to contain the information initially, to get the experts involved quickly so they can give you advice about retaining information and steps to take,” said insurance lawyer Ian Gold, founding partner of Thomas Gold Pettingill LLP, also at the financial crime panel.

When investigating fraud, there is collaboration among the client, legal counsel, the broker “and often with the insurer, because getting the insurer on board with what is happening … is important to make sure the fees can be if possible covered under the policy,” Robinson told RIMS Canada Conference attendees Monday.

“You really should make sure you have professional fees coverage on your crime policies, a minimum of $100,000, because $100,000 often will not get you to the end of the road,” said the third panelist, Nicole Ng, national claims leader at Jardine Lloyd Thompson Canada.

During a fraud investigation, fees “can get high quickly,” Robinson said, adding a broker “can convey to the insurer, ‘This is what we are doing, this is our plan, this is the budget and here is why we need to do it.’”

Especially if police are involved, “what your broker should do is invite your carrier into the room with the police,” Ng advised.

“Not all crime policies require you to press criminal charges against an employee,” in order to trigger coverage, Ng suggested.

One Deloitte client was not interested either in pressing charges, filing a lawsuit or even filing an insurance claim, Robinson suggested.

Ng suggested that during some investigations, JLT has “often seen several other frauds” in addition to the scheme that was initially discovered.

“Obviously each should give rise to its own claim with its own sub limits.”

Preserving evidence is critical “to make sure you can actually bring a claim to the policy,” added Ng. “Once people know you are looking, you can be surprised how much can disappears and it’s harder and harder to trace.”

For this reason, it is important at the beginning of an investigation to determine who is going to be “brought into the circle of trust,” Robinson said.

“The person who is at fault may have an opportunity to mess with some of the evidence, delete emails, delete files and so on,” he said.