Brokers urged to unite with insurers to end Alberta cap

With a new government in Alberta, the Insurance Bureau of Canada (IBC) is calling for a united front with the broker channel to come up with a new auto reform package and put an end to the province’s 5% cap on auto insurance rate hikes. 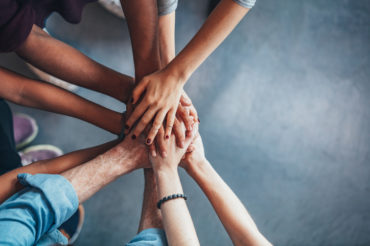 “I think we have a wonderful opportunity with the Kenney government,” IBC CEO Don Forgeron told brokers attending the Insurance Brokers Association of Alberta (IBAA)’s 2019 convention in Banff.

That said, auto insurance reforms in Alberta will only be possible if insurers and brokers share a clear and united message about how changes to the insurance product will benefit consumers, Forgeron told brokers attending the IBAA Convention.

Forgeron made his remarks during a “fireside chat” with Insurance Brokers Association of Canada (IBAC) CEO Peter Braid. “Many governments have come in and said we are going to get rid of red tape,” Forgeron said. “I think this guy [Alberta Premier Jason Kenney] means it, though, I really do. And so, there is a wonderful opportunity for us to align our issues with his agenda on opening Alberta for business.”

Kenney and his United Conservative Party won Alberta’s provincial election on Apr. 16. Shortly after his election, on May 3, Kenney addressed the Canadian Club in Toronto, where he declared that his province was “open for business.”

Based on Kenney’s public comments thus far, the insurance industry is optimistic that Alberta’s new government will be open to badly-needed auto reforms. Alberta’s previous NDP government did very little to address rising operating and claims costs faced by auto insurers in the province, Forgeron said. In particular, he noted the NDP government failed to act after a 2012 Alberta court decision essentially weakened the province’s cap on soft tissue injuries.

“Bodily injury claims costs, court awards, have gone up 10% a year over the last four or five years,” Forgeron reported. “The average claim has gone up from $40,000 to $75,000 to settle. All of those costs underline why the cost of the product [in Alberta] is so expensive.”

Alberta’s previous NDP government introduced a 5% cap on auto insurance rate increases. At first, the cap was effective for only a year, from November 2017 to November 2018. However, before the Apr. 16 election, the cap was extended to August 2019.

Faced with increasing costs, but unable to raise premium rates past a certain threshold because of the cap, some insurers have responded by cancelling certain broker contracts, reducing their presence in the province’s auto insurance market, and finding whatever ways they can to chase profitable business within the legal context of a mandated, “take-all-comers” insurance market.

Forgeron said he could empathize with brokers losing business when their markets started to cancel contracts to sell auto insurance.

“Along the way, there is pain felt by everybody,” he said. At the time the cap was extended, “my message to the previous finance minister [Joe Ceci] was: ‘You are telling these [auto insurers] that they are guaranteed to lose between $500 million and $1 billion in 2019.’

“Many of you [brokers] are small business owners, and when you are faced with that kind of reality, you need to take measures. The measures [the insurers took] are unpleasant. You have my sympathy. It’s unfortunate, but it’s inevitable.”

Forgeron said the NDP government’s decision to extend the cap was predictable, given that it had not come up with any other legislative alternatives for bringing costs down. Currently, IBC and the provincial broker association are discussing auto reform measures they can take to the Kenney government to reduce consumers’ auto insurance premiums, as well as to introduce more innovative products and services.

In the fireside chat, Forgeron was forthright about measures that insurers would like to see in a reform package.

“There are a number of short-term things that [the new government] can do that will actually take costs out of the system, so that when that cap comes off, rates are not going to shoot up,” he said. “One is, the province’s minor injury regulation needs to be strengthened.”

Alberta has a $5,202 cap on compensation for soft tissue injuries. Originally pegged at $4,000 when the cap was first introduced in 2004, the cap is adjusted each year based on inflation.

“The previous government took some measures to strengthen the minor injury regulation,” Forgeron observed. “No one believes it’s going to be effective, so there’s an opportunity there for this [Kenney] government to make it effective.”

Forgeron also took aim at the province’s 4% pre-judgement interest on pain and suffering awards. “It’s pegged in legislation, which is silly, and it needs to be changed.”

Certified medical examiners is another area that should be addressed in the short term, Forgeron said.

And in the long term, the province may have ideas coming out of the results of its claims cost study, projected  to be released sometime around the fall.