Everyone needs to be trained in business continuity management, and the importance of managing expectations is one lesson learned during the major floods in 2013 in southern Alberta, speakers suggested Tuesday at the World Conference on Disaster Management. 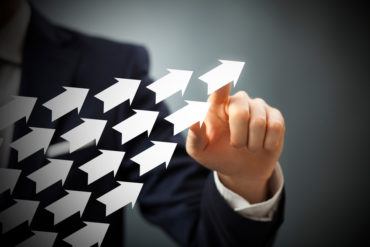 “Exercising is key to any strong program in business continuity management,” said Christopher Horne, assistant vice president of CIBC Mellon. “You need to conduct exercises and you want to run them after hours. When everyone is sitting at their desk you can conduct an exercise but it’s not going to be as effective. You want to see how effectively you can reach [staff] and what their response rates are.”

Horne made his comments during a presentation at the World Conference on Disaster Management, held Tuesday and Wednesday at the International Centre in Malton, Ont., across the road from Toronto International Airport.

Companies also “need to train everyone” in business continuity, Horne suggested Tuesday during his presentation, titled Are You Prepared for the Entire Lifecycle of a Crisis?

Companies should hold “orientation sessions, right on Day 1,” Horne advised. “How many of your new employees get some sort of context, Day 1 on business continuity planning, emergency response planning, your communications plan? It starts Day 1 and it needs to expand and develop.”

Horne suggested that companies should hold unannounced communications exercises, where no one (other than communications and human resources staff), “not even executives know is being conducted.”

MNP prepared a report – titled Review and Analysis of the Government of Alberta’s Response to and Recovery from 2013 floods – for the Alberta government.

“A ton of lessons were learned” from the wildfire in Slave Lake, Alberta in 2011, Trollope said Tuesday at the conference.

In its report to the province, released in 2015, MNP said that “one of the most significant” challenges in responding to the 2013 floods was “managing the expectations” around the disaster recovery program.

“Exactly what the DRP was, and what it was intended to do, was not well known throughout the [government of Alberta] by senior officials, or the public,” MNP stated in its report. “The program was initially advertised by some senior officials to be similar to a form of insurance. This led those impacted to believe the DRP would fully recover losses when it was only designed to help people and communities get back on their feet.”

Managing expectations is “critical as you are working through response and recovery” from disasters, Trollope said Tuesday. He suggested the same applies to companies experiencing a business interruption.

“Manage the expectations of the board” of directors, Trollope advised.

He noted there are “lessons to be learned at every level” from the 2013 floods in southern Alberta, which Insurance Bureau of Canada reported earlier resulted in more than $1.7 billion in insured losses.

“The overall finding is, if someone were to stand back and say, ‘How is the response and recovery for the 2013 floods,’ we would call it a success story for Alberta, but [there is] still work to do,” Trollope said.

“We would submit that a key lesson is execute and perfect the basics,” Trollope added. “Doing it on the ground when it’s happened is going to be complex enough. It’s executing and perfecting the basics of emergency management and business continuity in detail … that makes the difference.”

More coverage of the World Conference on Disaster Management

More News
Related
2013 Calgary floods spawned ‘increased demand’ for services from non-profits: World Conference on Disaster Management speaker
$5.3 billion to be re-invested in Alberta economy over three years to rebuild Fort McMurray: Conference Board of Canada report
Insured losses from Harvey’s wind, storm surge as much as US$2.3 billion: AIR Worldwide
Estimated insurable losses from Louisiana floods to range between US$8.5 billion and US$11 billion: AIR Worldwide