Because it’s an emerging market, there are a limited number of sources for the supply of the cannabis to the recreational market, said Stephen Agnew, vice president of ClaimsPro’s specialty risk division. 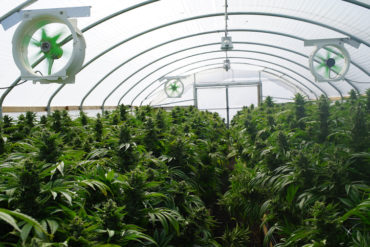 “Right now, we have a distribution issue and we have a supply problem,” Agnew said, noting that running out of product happened on the first day of legalization, and he doesn’t see that changing in the near future.

“Because you have limited number of supply sources, the end retailer or supplier is going to have difficulty sourcing other areas to get product to distribute,” Agnew said. “So, you would face exposures for contingent business interruption claims. In other words, the supplier goes down and the retailer can’t get product, he’s going to then have a business interruption claim and have someone else supply the product.”

How much will these BI or CBI claims cost the industry? In the medical marijuana space, ClaimsPro has seen claims ranging primarily from $150,000 to $750,000. These losses, mostly on Vancouver Island, were largely for fire and water damage. But there were also those related to extra expense insurance and BI, boiler machinery issues, physical damage to buildings, and specialized greenhouse equipment.

Potential cannabis greenhouse losses are also a consideration, with Agnew reporting that ClaimsPro saw claims at one flower greenhouse in excess of $20 million. “You take the size of the cannabis greenhouses that are significantly larger, your losses get much larger,” he said.

“A $20 million loss from a certain size greenhouse… you take that and multiply it because these new greenhouse operations are much larger. You get a much larger direct damage loss, but you also get a significantly greater business interruption component and product loss because the value of the product being produced in the greenhouses is probably significantly more than in, say, a vegetable operation or a flower operation.”

If there was a major fire to one of these facilities, it wouldn’t be unheard of to see a loss in the $100 million range. “The business interruption component of cannabis loss, where you’ve got higher margins is going to be much greater.”

Despite these potential types of claims, and other, Agnew believe adjusters will adapt to dealing with cannabis claims well, “because they’re used to dealing with agribusiness, construction business and business interruption already.”

More News
Related
Why marijuana plant value is so important for adjusters
Why commercial property claims could skyrocket after pot legalization
Fort McMurray wildfire could hurt 2016 Q2 results for some Canadian p&c insurers, companies offering help
How costly is the fire peril for Canadian insurers?