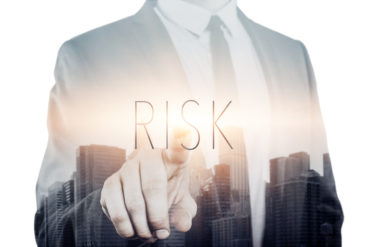 Allianz Global Corporate & Specialty SE released Wednesday the Allianz Risk Barometer report for 2017. The report is based on a survey of Allianz corporate clients and brokers, as well as risk consultants, underwriters, senior managers and claims experts of entities of Munich-based Allianz. Participants were asked to select industries about which they are particularly knowledgeable and name up to three risks they believe to be of most importance. There were 1,237 respondents from a total of 55 countries.

Worldwide, 37% of respondents named business interruption as one of the most important risks. BI placed first for a second year in a row. It “can lead to significant income losses, but also because multiple new triggers are emerging, especially non-physical damage or intangible perils, such as cyber incidents, and disruption caused by political violence, strikes and terror attacks,” AGCS stated in a release.

Placing second for the second year in a row was the risk posed by market developments, such as volatility, intensified competition/new entrants, mergers and acquisitions, market stagnation and market fluctuation. That risk was cited by 31% of respondents for 2017, down from 24% for 2016.

The rankings of the third through sixth most important risks were unchanged from last year. Placing third through fifth were cyber incidents, natural catastrophes and changes in legislation and regulation.

“Companies will need to invest more resources into better monitoring of politics and policy-making around the world in order to anticipate, and adapt to, any sudden changes of rules that could impact business models and markets,” AGCS stated. “This comes amid fears of increasing protectionism and anti-globalization, which could produce a business interruption threat of a different kind.”

The risk of macroeconomic developments – such as austerity programs, increases in commodity prices, deflation and inflation – placed sixth for the second year in a row,

AGCS broke down results by region and by country.

Business interruption topped the list for Canada, with 42% of respondents identifying that risk, up from second place in 2016, when 37% identified that risk.

Market developments placed second (up from sixth in 2016) while natural catastrophes took third place for the second year in a row.

New to the Top 10 list for Canada in 2017 was quality deficiencies, serial defects and product recall, which placed seventh in 2017 and was cited by 15% of respondents. Loss of reputation – cited by 14% of respondents – placed eighth this year, down from third in 2016 when it was cited by 23%. Tied for ninth place among Canadian respondents were talent shortage and new technologies.

For the Americas, new technologies did not make the top ten in 2016 and ranked ninth in 2017. It was cited by 12% of respondents from the Americas.

There were 398 respondents in the Americas. The rankings for the region, of the top six, were unchanged from 2016. They were, in order: business interruption; cyber incidents; natural catastrophes; market developments; changes in legislation and regulation; and fire and explosion.