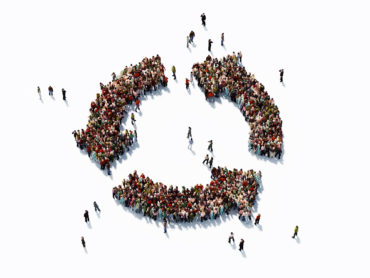 Finding ways to save money isn’t how you make meaningful change in your business. It’s about your people and altering the way they think and work in your company.

For many industries – and insurance is no exception – that type of overhaul is difficult. Instead, there are those who think they’re transforming their business by finding ways to do things at the lowest possible cost. And that’s wrong, said Gartner’s Richard Natale. They’re optimizing instead. There’s a difference.

“Transformation of the business goes to the core of your business processes and it goes to the core of the people with whom you work. It’s the culture that’s going to have to change,” said the senior director analyst at the research and advisory firm during its IT Symposium/XPO in Toronto recently.

The importance of a culture change is not a mystery either. Natale referenced a survey of business leaders who said culture was the biggest barrier to change. So while it’s great they recognize the challenge, he said, what is being done about it?

“The problem with that answer is that it’s not useful because nobody owns culture. Culture just ‘is.’ It’s big. It’s an accumulation of habits that we’ve built over time,” he said. “There’s no one who owns it. Nobody goes into the office on Monday morning, calls their staff in and says, ‘OK, we got an hour, let’s come up with our culture plan.’ It just doesn’t happen that way.”

Businesses choose to optimize rather than transform because it’s simply easier, he said. At the end of the day, however, if you don’t make changes that are people-focused, it will be all for naught.

For insurance, the industry is centred around selling, Natale said. Premiums are collected, invested and then paid out when the time comes. Finding the cheapest way to do all of that as the industry moves to be more digital isn’t going to bring the innovative or transformative change they’re looking for.

Standing in the way of transformative change is the fact that taking the bull by the horns just isn’t in the DNA of the insurance industry. “We sell. We’re a selling machine. We sell and market things. At the end of the day, a massive amount of what we do is sell insurance,” Natale said.

Add in the fact that humans are creatures of habit – we have our way of doing things. Whether they’re right or wrong, we trust these habits. Relationships between brokers and clients have been built over years and decades. This comfort zone of familiarity makes it harder to break out and upset the way things have been.

“We’re not that well-versed for change,” Natale said. “It’s hard.”