A “very busy” Manitoba broker working alone with no support staff has been fined $500 by the provincial broker regulator for failing to remit an insured’s crop hail insurance premium to an insurer until four months after the due date. 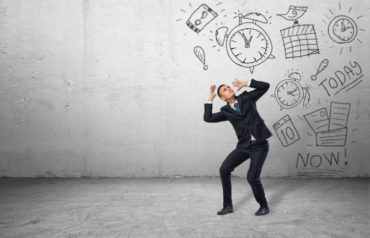 The General Insurance Council of Manitoba stated in its decision that it “never considered that the licensee had acted fraudulently.” Nonetheless, council ruled, the broker did have a fiduciary duty to remit the insured’s payment of premium to the insurer on time.

“It is indisputable that the licensee breached that duty,” council wrote in its decision.

In the meantime, the insurer had sent the broker an agency statement before Aug. 15, 2016, called him several times starting in September 2016, and delivered a letter by registered mail on Dec. 14, 2016.

The broker, Ross Ariss, told council that he had been very busy in the Summer of 2006, and that he has no colleagues or assistants in his office. He works alone.

He added that he assisted approximately 30 farmers in applications for hail crop insurance in 2016. He said the insurer’s deadline was earlier than the October 1 deadline of the other insurers.

Moreover, Ariss insisted that he had in fact sent a cheque to the insurer via Canada Post prior to the August deadline, but that it had gone astray. He expressed regret that he did not issue a substitute cheque more promptly.

But in its decision, council wrote the broker “presented no ledger or cheque stub or any evidence whatsoever that he had issued a cheque on or before the due date of Aug. 15, 2016. If he had sent a cheque before that date, the fact that the licensee was very busy would not be material.”

Council did not make any finding of dishonesty regarding the assertion of a previous cheque delivery. At the same time, the fact that the broker “disregarded several reminders, requests and demands was irresponsible,” Council’s decision reads. “Likewise, with respect to his late responses to council during the course of its investigation.”