By how much productivity for restoration firms dropped in the pandemic

The head of a claims restoration company says it’s reasonable to believe that productivity in his company and the industry as a whole has dropped by nearly 20% due to the global COVID-19 pandemic.

That would be on par with recent empirical studies that said construction projects in both the United States and United Kingdom saw productivity losses of 15-18% stemming the COVID-19 pandemic.

Bill Dietz, president of Paul Davis Canada, told a recent webinar conference that due to a number of factors, particularly delays in a variety of areas, it would be reasonable to estimate an overall 17% drop in productivity in the field. Furthermore, that number can range greatly.

“I think it can really depend on the job, though,” he said during the recent CatIQ Connect’s webinar session The Future of Claims Adjusting. “Sometimes it might be as low as 10%. In other times, there might be a 50% drop in productivity. If you’re having to don full PPE; you’re taking breaks; what’s the level of comfort [of staff and customer]; what’s your access to the site; and what times [can you be there]? There are a lot of challenges.” 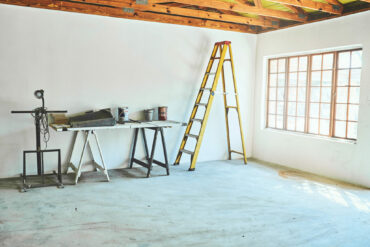 That’s just the tip of the iceberg. Restoration companies are facing delays in getting supplies, for example. Hardware stores like Home Depot were closed in most of Ontario for in-store shopping, allowing for curbside pickup only from Boxing Day to late February. In Toronto and neighbouring Peel Region, they were fully closed until Mar. 8, when stores in both regions moved to the colour-coded grey zone, meaning they could re-open but under strict capacity restrictions. That meant delays in getting needed supplies to do the job.

On top of that, costs of supplies have increased repeatedly. “We’ve seen pressure-treated lumber, as an example, rise tremendously,” Dietz reported. “If you think of something we’ve quoted the month before and, all of a sudden, the price goes up by 20% the next month, that’s a real challenge to get around. We have to work with our insurance partners and our customers to make sure we get aligned on that.”

There is also time needed to put on full personal protective equipment (PPE) — something that wasn’t done to this extent pre-pandemic. And not just a process to start the job, but to take it off for a break and then put it all back on again. It’s an inefficient process, Dietz said.

“We used to be able to go into a certain job site with a minimal PPE and just get the job done. Now we may have to fully gear up,” he said. “And, certainly at the height of the pandemic, we were being incredibly cautious. [We were] maintaining distance — on the way to the job, arriving in separate vehicles, working on the job separate from each other. We had to organize ourselves a little bit different.”

There are also challenges around staff availability. They may be isolating for two weeks or they may not be comfortable working a job. “That becomes a challenge,” Dietz observed.

And think of bigger natural catastrophes, when people needed to be brought in from other areas, he pointed out. Alberta suffered a number of Cats last year and it was a challenge bringing in staff from other parts of the country.

“Especially in the second quarter of this year with some pretty hard lockdowns — we’re an essential business, but it still was hard and uncertain on what you can do to bring people in from outside of the province,” he added.

Companies were always sensitive to the needs and desires of the customer, but that had to be taken up a notch in a pandemic world.

“What are they comfortable with and how can we make sure that we’re adjusting?” Dietz said. “For residential customers, we’re in their home and you always have to be sensitive to that. Now that’s even taken to another degree.”