The south central Ontario branch of the Canadian Automobile Association (CAA) is calling for provincial regulation of the towing industry following what it says are “continued instances of harrowing stories from motorists involving unscrupulous tow truck drivers on Ontario roads.” 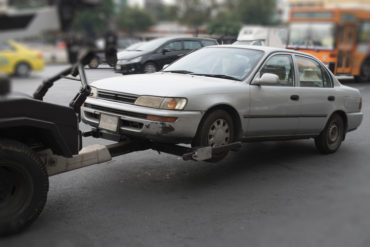 CAA South Central Ontario (CAA SCO) said in a statement on Wednesday that despite changes to the Consumer Protection Act on Jan. 1, 2017, “problems persist with consumers being charged excess amounts and/or tow truck drivers not adhering to the new laws.” As well, over the course of 2017, there have been “several media reports” sharing stories of consumers experiencing issues with tow truck drivers, such as being unable to pay by credit card, not being taken to their destination of choice and other issues, CAA SCO reported.

“There currently isn’t a centralized forum for consumers to file complaints if they have been overcharged or subject to other problems with service,” said Elliott Silverstein, manager of government relations with CAA SCO. “As a result, motorists are reaching out to police, municipalities and other outlets, leading to an inconsistent process across Ontario. Provincial regulation would ensure much needed consistency and clarity for consumers.”

CAA SCO is also reminding motorists of their consumer rights. In August, CAA engaged market research company Ipsos to conduct a survey of 1,001 Ontario drivers regarding their knowledge of rights, rules and regulations for the towing industry. “The research indicated that motorists are largely unfamiliar with their rights and do not feel overly protected,” CAA SCO said in the statement. “Drivers surveyed support the provincial government establishing rules and regulations that would be consistent in every municipality.”

In particular, only 51% of those polled said that they felt educated about their rights if they required assistance today; 53% of respondents were not aware that costs and requirements for towing differ across Ontario; and only one in 10 were aware that tow trucks are regulated at the municipal level.

When asked about their concerns using a towing service:

In addition, 86% reported supporting the establishment of consistent rules and regulations at the provincial level (including training and licensing) in every municipality. That figure rises to 93% among respondents who had previously used towing services for a collision, CAA SCO said in the statement.

CAA representatives are meeting with government and opposition party MPPs at Queen’s Park in Toronto on Wednesday to address the consumer safety issues and the need for provincial regulation of the towing industry.