Is a cab company vicariously liable if a sex assault is alleged?

Canada’s top court has been asked to review a case involving the vicarious liability of a taxi company when a passenger sues the driver alleging sexual assault. 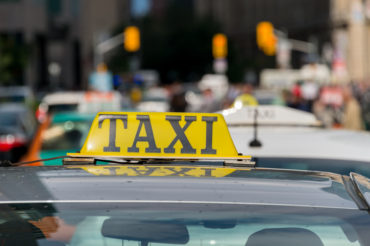 In 2015, a woman filed a civil lawsuit against Kitchener-based United Taxi Limited after complaining that a taxi driver sexually assaulted her. The lawsuit also named the cab owner and driver, who was later found not guilty of sexual assault in a criminal trial.

The lawsuit against the cab company was dismissed in 2016 by Justice David Broad of the Ontario Superior Court of Justice, who rejected the plaintiff’s argument that the taxi company was vicariously liable. His ruling was upheld by the Court of Appeal for Ontario, in Ivic v. Lakovic, released June 2, 2017.

The plaintiff’s application for leave to appeal is now before a panel of three Supreme Court of Canada judges, the court announced Jan. 12, 2018.

“Most commonly, an employer is found vicariously liable for an employee’s acts when, in discharging his or her employment duties, the employee inadvertently causes loss or damage to an innocent third party,” wrote Justice Alexandra Hoy of the Court of Appeal for Ontario. For example, she added, a supermarket could be held vicariously liable if a customer tripped over a mop left by a worker in an aisle.

But it’s a different when an employee is alleged to have committed a wrongful intentional act, Justice Hoy added. United Taxi argued in court that the driver had no criminal record and was found not guilty on criminal charges of sexually assaulting the passenger.

Ontario’s appellate court ruled last year that United Taxi could not be held vicariously liable, citing Bazley v. Curry, released in 1999 by the Supreme Court of Canada. In Bazley, Canada’s highest court upheld a British Columbia Supreme Court ruling that an employer was vicariously liable when a worker sexually assaulted a child in a home for emotionally troubled children.

In Bazley, the Supreme Court of Canada provided a “non-exhaustive” list of factors that civil courts should use to determine whether the “connection between an employer’s creation or enhancement of a risk and an intentional tort committed by an employee,” is enough to find the employer vicariously liable, Justice Hoy wrote in Ivic v. Lakovic. One factor is the “opportunity that the enterprise afforded the employee to abuse his or her power,” she added.

The opportunity that a cab driver has to commit assault is “not as great as that of the child caregiver,” Justice Hoy wrote.

The Supreme Court of Canada has yet to announce when it will decide whether or not it will hear the appeal.

The alleged victim “argued that if vicarious liability were imposed, taxi companies might require cameras in all taxis and cameras would deter taxi drivers from sexually assaulting passengers,” Justice Hoy wrote. “Counsel for the taxi company counters that a camera would not deter a driver determined to sexually assault a passenger: he could disconnect the camera, cover its lens, or commit the assault after the passenger exited the taxi.”