Can a strata lot owner launch a subrogated water claim on behalf of its insurer?

B.C.’s Civil Resolution Tribunal, a type of small claims court, recently allowed two co-owners of a strata unit to launch a subrogated $8,554 water damage claim on behalf of their insurer against their neighbours in a 36-storey condo building.

The strata lot’s co-owners wound up losing the case, so it remains unclear how the lot owners, whose insurer paid the claim, intended to share the proceeds of an award with their insurer.

Cyrus and Shanaz Dalal, owned strata lot 140 in the condo tower, while their neighbours, Suck Won and Jong Hoon Choi, owned the neighbouring strata lot 139. The two units on the 15th floor of the building share a common interior wall.

On Mar. 6, 2019, a water leak originated in Won and Choi’s unit because of a damaged washing machine. SL139’s washing machine damaged SL140. They say that under the strata’s bylaws, the respondents are responsible for their repair costs of $8,554.05, plus $600.00 in lost rental income. 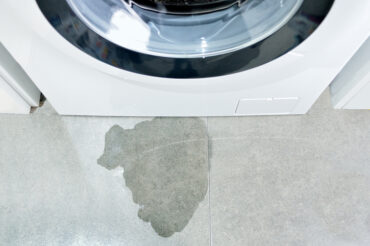 The strata’s plumbing contractor, PacificWest Mechanical Ltd., attended the building and found that the washing machine in strata lot 139 was leaking on the drain cycle.

Won and Choi did not dispute this was the source of the leak, but they denied liability because they said they were not negligent, they did not create a nuisance, and the strata’s bylaws did not require them to pay for the alleged losses. Also, they noted, the condo unit owners’ insurers were involved in the case, and so the dispute should have been arbitrated between the two insurance companies, and not in a civil dispute before the CRT.

“In the Dispute Notice, the [Dalals] admit that their insurer paid for all their claimed damages except for a $750 deductible,” the CRT decision states. “They say they are making the claim on a subrogated basis on behalf of their insurer.”

Subrogation is when a third party, typically an insurer, assumes another party’s legal right to collect a debt or damages. Section 36 of the Insurance Act states:

“36 (1) The insurer, on making a payment or assuming liability under a contract, is subrogated to all rights of recovery of the insured against any person, and may bring an action in the name of the insured to enforce those rights.

(2) If the net amount recovered after deducting the costs of recovery is not sufficient to provide a complete indemnity for the loss or damage suffered, that amount must be divided between the insurer and the insured in the proportions in which the loss or damage has been borne by them respectively.”

Based on this legislation, “I find the applicants are permitted to bring their claims for the full amount of damages, and that they (rather than the insurer) are correctly named as applicants,” the CRT ruled, thus allowing the Dalals to make a subrogated claim on behalf of their insurer.

The CRT went on to address whether the subrogation should be handled by an insurance arbitration process, ruling that the small claims court had jurisdiction to hear the matter.

“While the respondents [Suck Won and Jong Hoon Choi] raised this issue in their dispute response forms, they did not provide submissions or evidence to explain why it would be more appropriate for this matter to be addressed through insurance arbitration,” the tribunal stated in its decision. “They did not provide any contracts or policy documents indicating that arbitration is mandatory, or even that it is available.”

The CRT frequently decides disputes about costs arising from water leaks between neighbouring strata lots, the tribunal observed. “This dispute is essentially the same as those, and I find no reason why it is inappropriate for the CRT to resolve it,” write CRT Vice Chair Kate Campbell.

After resolving the jurisdictional dispute, the CRT then threw out the subrogation claim, finding that the Dalals had failed to prove that their neighbours were negligent in initiating and managing the repair process once the leak in their washing machine had been discovered. The CRT found they could not have known about the issue with the machine’s drain cycle in advance, and the fact that the unit was seven years old was insufficient to prove the case.

1 Comment » for Can a strata lot owner launch a subrogated water claim on behalf of its insurer?