Big Data is bringing credit score issue to the fore

As insurers’ computer databases get exponentially larger, the controversy around the use of credit scores in rating property coverage is getting intense.

Customers are asking for “transparency” from insurers on how they price and underwrite insurance, Jean-François Larochelle, director of Intact Insurance’s Data Lab, said during a recent webinar, Insurance Analytics to Supercharge Performance. Held July 18, the webinar was produced by Insurance Nexus, a part of FC Business Intelligence Ltd. based in London.

“Credit is a very powerful segmentation tool for pricing,” Larochelle said during the webinar, but it is not easy to explain to a consumer the correlation between credit score and property risk. Fernando Moreira, senior vice president of global insurance for Scotiabank, said the correlation between good credit and low claims risk is “very huge” in property and casualty insurance. 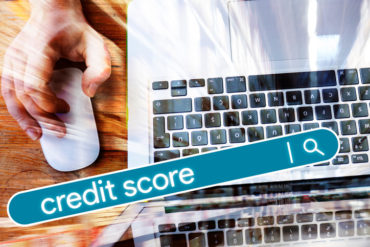 People who manage their finances well “tend to also manage other important aspects of their lives responsibly,” Sylvie Paquette explained in a 2012 article published in Canadian Underwriter. (Paquette was president and chief operating officer of Desjardins General Insurance Group at the time.) For example, consumers with good credit tend to properly maintain and drive their vehicles and keep their homes in a good state of repair.

But the practice is not without controversy. The Insurance Brokers Association of Ontario in 2012 called for the provincial government to ban the use of credit scores in underwriting personal property insurance. The province already prohibits the use of credits scores in rating auto but not in home insurance.

Also, using credit scores to price property insurance “affects those who can least afford it: retired seniors, newcomers to Canada, the unemployed, single income families and small business owners utilizing lines of credit,” Rick Orr, then IBAO’s president, said in a release in 2012.

Some insurers now have computer data files that are 15 terabytes in size, which is “3,000 times bigger than what we used to play with,” Larochelle suggested during the analytics webinar July 18, 2018.

“The question is, can we remove this credit information and still have the same level of segmentation?” Larochelle asked. “I don’t have any answer at this point, but this is the question that is raised more often in the last few years.”

Unlike the IBAO, the Insurance Bureau of Canada does not oppose the use of underwriting based on credit scores. But IBC does have a code of conduct that requires insurers to obtain a customer’s consent before collecting credit information. It also prohibits an insurer from denying coverage based solely on a customer’s refusal to consent to a credit check.

In the case of customers without a credit history, IBC’s code of conduct requires the carrier to base its rating and underwriting decisions on “other relevant information that is available to them.”