Can it happen here? Political violence as a risk in Canada

Canada isn’t known for political violence compared to other parts of the world, but it’s a growing trend that has at least one insurer keeping its eye on developments.

This year has seen an increase in political demonstrations in both Canada and the United States for a number of causes, although our neighbours to the south have seen these demonstrations turn violent more often — and on a more intense scale — than in Canada.

“We’ve seen lots of peaceful protests in Canada in different cities,” Bernard McNulty, chief agent of Canada for Allianz Global Corporate & Specialty (AGSC), told Canadian Underwriter recently. “We haven’t seen the vandalism in Canada [to the same level as in the U.S.].”

ACGS recently released its Top 5 trends for insurers, which, in addition to political violence, included litigation funding and food and automotive recalls.

McNulty said his American colleagues are actively working on a number of claims related to riot damage. While Canadian insurers haven’t seen levels close to that of the U.S., he warned that doesn’t mean it can’t happen here.

“We just haven’t seen that in Canada,” he said. “We’re not immune to the possibility. People are certainly upset and want to be visible about voicing their concerns, but we haven’t seen any level of vandalism or property damage.”

Recent peaceful protests in the U.S. have centred around raising awareness about police-involved shootings or killings of Black people across the country. However, looting, rioting and vandalism have occurred during some of these events in some cities.

In Canada, protests and demonstrations have been held for similar causes, in addition to voicing concerns about the treatment of Indigenous people throughout Canada’s history, though they have been mostly without incident. For now, anyway. 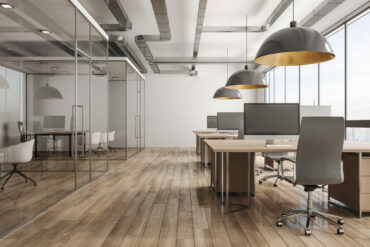 “I’d like to think that political violence or political unrest in Canada will continue to be peaceful,” McNulty said. “I think that’s just in our nature as Canadians. The only thing that’s really got us to see some violence in Canada is following a playoff run in Vancouver and Montreal. We get pretty boisterous about our sports and that generates some [unrest]. But it hasn’t been political in nature so far and I hope that doesn’t change in Canada.”

Another trend highlighted by Allianz is indoor air quality after COVID-19. Because air and water systems may be dormant while businesses are closed due to shutdown orders by governments, these areas are susceptible to being contaminated by bacteria that thrive in humid and water-rich environments.

But, again, this is an area where Canada tends to be above the rest of the field, McNulty pointed out.

“There are good plans, good contingency plans, in place,” he said. “Particularly the clients we have, are very, very pro-active and well-intentioned when it comes to things like that. I think that’s well managed in Canada. Canadians do a great job of identifying that.”

And insurers are particularly good in discussing this issue with clients, he added. “Frankly, I think the insurance community does a great job. Not just us [at ACGS], but every company does a great job of being pro-active about mold remediation and checking on indoor air quality after a claim of any type, and so on.”

Feature image: People take part in a protest called ‘Justice for Joyce’ in Montreal, Saturday, October 3, 2020, where they demanded Justice for Joyce Echaquan and an end to all systemic racism. The Canadian Press/Graham Hughes

1 Comment » for Can it happen here? Political violence as a risk in Canada