News of three documented Canadian cases of 2019 Novel Coronovirus (or 2019-nCoV) has spread like wildfire, and several legal commentators and risk managers are now issuing alerts containing steps to reduce the likelihood of people contracting the pneumonia-like symptoms in the country’s workplaces. 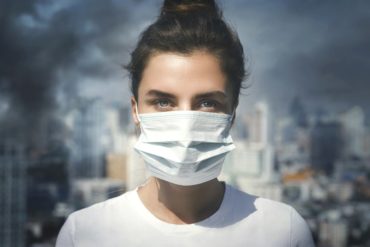 Could a 2019-nCoV global pandemic trigger coverage from a P&C insurance policy? Many say no (or at least, not directly), believing a potential 2019-nCoV pandemic would be more likely to trigger life insurance coverage – a company’s accident and sickness policy, for example – than P&C coverage.

“The attention given right now to Coronavirus is more on the risk management side versus insurance coverage,” Steve Pottle, director of risk management services for Thompson Rivers University, observed in an emailed response to Canadian Underwriter. He was asked if the risks presented by 2019-nCoV could be transferred to a P&C insurance policy.

“I suspect that from a property and casualty insurance perspective that there is little in the way of direct coverage from an outbreak,” responded Pottle, expressing his own personal opinion and not that of his employer. “Property coverage would only come into play from direct damage as a result from an insured peril (fire, water, explosion, etc.). If someone becomes ill due to the virus and alleges that another party was negligent in preventing them from becoming ill, the claim would at least be defended by the insurer. Whether there would be any compensation owing to the claimant would be up to the courts to decide.”

If the spread of 2019-nCoV were to become an acute global pandemic (the World Health Organization declared it an international public health emergency Thursday), it is theoretically possible that contingent business interruption coverage could be triggered. The question arises after Mic magazine, citing financial newspaper Nikkei as its source, says 2019-nCoV-related office shutdowns and quarantines in China may be linked to the reduction of Apple’s planned production of new iPhones for the first half of 2020.

Right now, the Public Health Agency of Canada has assessed the public health risk associated with 2019-nCoV – which originated in Wuhan, China in December 2019 – as “low for Canada and for Canadian travellers.” Three cases have been reported in Canada, including a husband and a wife in Ontario who had recently travelled to Wuhan. On Jan. 28, the government of B.C. reported the third case of 2019-nCoV in Canada.

As the number of global 2019-nCoV cases increases (7,711 confirmed cases in China as of Thursday, with infections spreading to 15 countries), legal firms are issuing advisories to their corporate clients, identifying steps that employers can take to reduce the spread of the illness in their workplaces. Among 11 recommended steps, Matthew Demeo, an employment advisor for McCarthy Tétrault LLP, recommends that employers assess their sickness/disability coverage.

“Contact insurers to determine sickness/disability coverage, including for employees who have been asked (or ordered) to self-quarantine but who are not sick,” Demeo wrote in a blog published by Mondaq.

Workers’ compensation benefits may be available to employees who are infected by 2019-nCoV if the infections stems from the nature of their employment, states a recent advisory from McMillan LLP. “The Workplace Safety and Insurance Board (WSIB) has not yet made any statements regarding an employee’s entitlement to benefits and services if they are infected by the Coronavirus,” McMillan’s advisory says. “However, similar claims were made by workers during the 2003 outbreak of SARS.”

In September 2013, Canada had 438 reported cases of Severe Acute Respiratory System (SARS), a respiratory illness that was reportedly linked to 44 deaths.

McMillan’s notice observes that during the SARS outbreak in 2013, the Ontario Human Rights Commission confirmed that the ground of disability, which includes “any degree of physical disability, infirmity, malformation or disfigurement that is caused by bodily injury, birth defect or illness”, covered diseases such as SARS.

“Because the Coronavirus outbreak is so new, we have yet to see any case law or publications from various human rights tribunals contemplating Coronavirus as a disability, but we expect that it will be treated the same as SARS, given the serious global health concerns,” McMillan’s notice states.