Does Canada have the adjusting resources to handle back-to-back catastrophes?

Does Canada’s property and casualty industry have enough resources in place to adjust major catastrophes that occur in tandem or right on the heels of each other?

Industry resources in Ontario were tested after a severe ice storm in April, which caused almost $200 million in insured damage. Two weeks later, in May, a powerful windstorm blew through Ontario and Quebec with with hurricane-force wind gusts, costing insurers another $410 million.

At least two independent adjusting firms operating in Canada reported that they had called in resources from inside the country, as well as outside the country (including the United States), due to an extremely large volume of calls. Word on the street has it that auto adjusters had to be brought in to handle home claims. 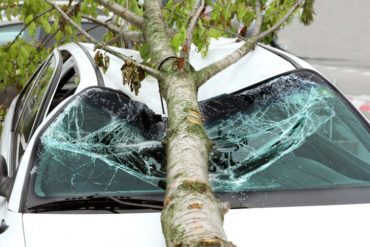 All of which raises the question: how are resources for dealing with cats? Are there enough adjusters in Canada?

“Probably not,” said Marie Gallagher in an interview with Canadian Underwriter. Gallagher is the branch manager of Kernaghan Adjusters in St. Catharines, Ont.

One of the reasons, she said, is that while some insurers may expect independent adjusters to be “on standby” in the event of a cat, “for many years now, they are no longer assigning the claims that we need for our adjuster-trainees to cut their teeth on.” Instead, there may be an attempt to reduce expenses by using contractors as a substitute for independent adjusters or by using telephone adjusting in-house.

Ron Biggs, national property claims director at RSA Canada, says the company does work with a network of preferred independent contractors in the event of a catastrophe. “Our approach to onboarding adjusters, contractors included, is by peril and geography,” Biggs said. “While wind and hail are easier catastrophes from a claims perspective, fire and water cats can involve bringing on additional adjusters with that specific expertise to complement the RSA team’s efforts.

“As for managing claims by phone, this is something all insurers are doing. It doesn’t just save costs but also expedites claims resolution.”

Gallagher said independent adjusting is often referred to as a “feast or famine” industry. “Adjusters will work long, often gruelling hours to get the job done,” she said. “In times of a catastrophe, we cancel vacation plans and often our families don’t see us for weeks, sometimes longer.”

Is there a strategy for dealing with claims arising from back-to-back cats? “I imagine that, like Kernaghan Adjusters, most independent adjusting firms independently compile a list of property adjusters across the country each year who are willing to be part of their cat team,” Gallagher said. Kernaghan prefers that insurers reach out to local and national resources rather than resort to bringing in adjusters from the United States. But sometimes, “as a knee-jerk reaction,” it’s not unusual for an insurer to seek assistance outside the country before considering Canadian resources.

Biggs said capacity, peril and geography will all play a part in whether RSA works with experts from other regions, including international resources. “For instance, we supplemented the team managing claims resulting from the Fort McMurray wildfire with resources from across Canada and the United States,” he said.

Gallagher said it’s not uncommon to receive a call from an insurer at the beginning of a cat asking, “How many claims can you (the firm or branch) take?” Or they might ask if the adjuster could take, for example, 20, 200 or 1,000 claims.

Just like an insurer may have service agreements in place with independent adjusters so they know who to call and when, independent adjusters also have plans in place, Gallagher said. In the event of a cat, insurers faced with an adjuster shortage have access to the Canadian Independent Adjusters’ Association’s (CIAA) Catastrophe Response Resource Plan, allowing them access to a number of CIAA member firms – and adjusters within those firms – across the country.

So what about the story that auto adjusters may have been pitching in to handle a home property damage claim during the Ontario windstorm event?

“I’ve never experienced or heard of a non-licensed property adjuster suddenly being asked to assist with an influx of property claims due to a catastrophe,” Gallagher said. However, she added that in an effort to help immediately service the needs of the stakeholders involved, certain criteria need to be met. For example, there must be immediate contact with an insured to reassure them that their claim has been assigned, that they will be taken care of and to determine any emergency requirements. “At this point, it is ‘all hands on deck’ and if it takes an auto adjuster to make that initial contact before handing the claim off to a licensed property adjuster, then so be it,” she said.

More News
Related
Fort McMurray wildfire could hurt 2016 Q2 results for some Canadian p&c insurers, companies offering help
How the pieces of the puzzle fit together during a catastrophe
Intact’s assessment of insured damages from Fort McMurray wildfire estimated at $1 to $1.20 per share
CU Total Loss Series: Bending Time

1 Comment » for Does Canada have the adjusting resources to handle back-to-back catastrophes?