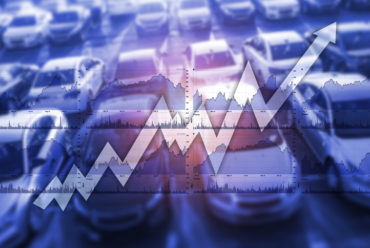 The consulting firm says October sales hit about 164,200 vehicles for a 6.3 per cent increase from the same month last year.

October’s numbers brought total sales this year to about 1.76 million, up 5.6 per cent from last year, with every month but April hitting a new record.

GM’s chief rival Ford followed closely behind, with its sales down two per cent at 21,068 units.

That puts GM within 10,000 units of Ford, the biggest overall seller in 2017, for total sales so far this year.