Canada must work to be better-prepared for natural disasters: IBC’s Forgeron

Canada needs a “thoughtful, sustainable approach” to address losses associated with severe weather, including floods and fires that are expected to become a growing problem in future, Don Forgeron, president and CEO of Insurance Bureau of Canada (IBC), suggested in a speech Wednesday. 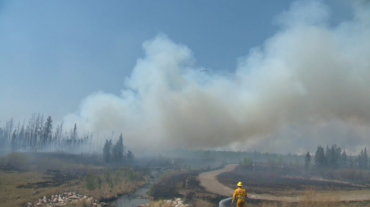 “The devastating wildfires, which continue to burn in Northern Alberta, are the most recent and alarming evidence that extreme weather events have increased in both frequency and severity, in Canada. Storms, causing flooding and wildfires in recent years, have turned extreme and, at times, tragic,” Forgeron told those in attendance at the Economic Club of Canada in Ottawa.

“The time has come for our country to take a more disciplined and sustained approach to how we help people prepare for fire and flood. By taking action now, we can help minimize costs to taxpayers and better equip homeowners for the risks and challenges that lay ahead,” he emphasized.

While the immediate task in the case of the Fort McMurray wildfire is to help those in need, “policymakers also have a responsibility to respond to the fact that we have entered a troubling new era.”

Whether or not the wildfire is directly linked to climate change is not what matters to anyone right now, Forgeron said. “What matters – what we cannot ignore – are the long-term trends. And those trends are clear. Around the world, natural disasters are happening more frequently, and with greater severity,” he said.

Related: Work on refining IBC’s flood proposal continues, all properties must be covered under strategy: Forgeron

Canada is not immune to escalating costs worldwide that have seen annual economic costs of disasters increase five-fold since the 1980s, IBC reports in a statement. Federal disaster relief spending has gone from an average of $40 million annually in the 1970s to more than $600 million annually this decade.

“A thoughtful, sustainable approach that puts Canadians at the centre of the solution cannot wait. Severe weather is a fact beyond our immediate control. Floods and fires are going to continue to be a growing problem,” Forgeron told attendees.

Don Forgeron President and CEO of @InsuranceBureau of Canada on preparing for fires, floods and earthquakes #Cdnpoli pic.twitter.com/pGtn4GUmXe

In Alberta – the site of the Fort McMurray wildfire that some say could produce insured losses of as much as $9 billion, dwarfing payouts from the 1998 ice storm and the southern Alberta flooding in 2013 – IBC reports that federal and provincial spending amounted to more than $3 billion following the floods.

“By taking action now, we can help minimize the human toll these events have on Canadian families and homeowners, mitigate costs to taxpayers and better equip local communities for the increased severe weather risks,” Forgeron argued. 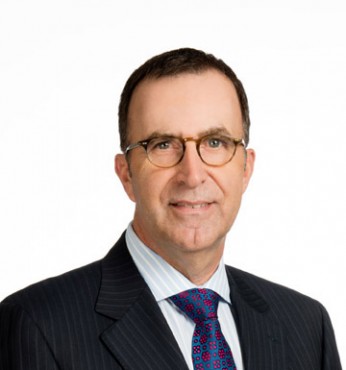 Don Forgeron, president and CEO of the Insurance Bureau of Canada

Achieving that, however, will demand Canada “take a more disciplined and sustained approach to how we help prepare people for fires and floods,” he pointed out. “We need to work together to create a new framework that will allow us to build a more resilient country and better assist those affected by the fallout from our changing climate,” he emphasized.

Climate change “has moved from future threat to present danger,” Forgeron argued, pointing out the there are already longer periods of drought, leading to more forest fires, and more storms, hurricanes and prolonged, multiple-day rainfalls, leading to more frequent and intense flooding.

And it is not only areas that have traditionally been exposed to risk that should now be on the radar. “For instance, some 20% of Canadian households are now vulnerable to floods and that figure is increasing. And the risk of wildfire continues to grow as a result of climate change,” Forgeron told attendees.

The federal government “is now committed to putting forth a national climate strategy later this year – a strategy that is being formulated by several federal-provincial working groups. It will include measures aimed at climate adaptation and resilience,” Forgeron reported, calling this “an opportunity to move forward in a way that will make a profound difference in the lives of many.”

When it comes to better preparing for disasters, such as flood or wildfire, he suggested there is no “one size fits all” approach. That said, checking off four boxes can help achieve objectives:

“For many, even in at-risk areas, floods are still perceived as generational events. The chances of wildfire continue to be largely seen as remote,” Forgeron explained. “This perception is changing, but we need to better explain the reality of risk today – the growing threat, and the need to take clear action to respond,” he added.

“We need to work in collaboration and partnership – public and private bodies alike – to devise an approach focused on prevention, protection and support,” Forgeron said.

“We need a new framework to guide our collective response – a framework that allows us to build a more resilient country, and better assist those affected by the fallout from our changing climate. The (Disaster Financial Assistance Arrangements operated by Public Safety Canada) will still be an important tool, but it shouldn’t be the only tool in our toolbox,” he emphasized.

But immediate action is needed. “The longer we delay, the higher the costs and the greater the risk – to property, to the federal treasury and to Canadians.”