What Canada’s P&C industry has learned from catastrophes

Each catastrophe presents a unique learning opportunity for today’s risk and insurance professional; over time, savvy risk experts will use these broad-scale “teachable moments” to better prepare their clients and employers to be more resilient in the future. 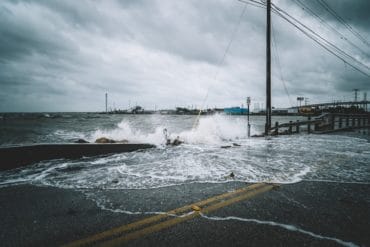 Canadian Underwriter caught up Monday with Steve Osselton, managing director for client advisory services at Marsh Canada Ltd., to hear his thoughts on the topic. Osselton is scheduled to deliver a presentation entitled After the Storm: Learning From Catastrophes at the RIMS Canada Conference in St. John’s, N.L. on Sept. 23-26, 2018.

“The first one is that the root cause of many damage losses is management failure to identify and address the basic causation,” Osselton said. “So many times, when you look back, the causation was known, it just wasn’t acted on; it wasn’t necessarily a surprise.”

Even though natural catastrophes cannot necessarily be prevented, some risks associated with them are simply “hiding in plain sight,” Osselton said. For example, it should be known that capital expenditures to build in areas where sea level rise is anticipated are risky ventures; and building an oil refinery on the Gulf Coast without expecting a severe storm is a recipe for future disaster.

In some instances, the industry’s reliance on past data exposes them to the “black swan” risks of surprise events, Osselton said. “There continues to be an overreliance on the past to predict the future, particularly with climate change,” he said. “Industry cat models are all calibrated on past events. However, urbanization, global supply chain shifts and greater concentration of economic value can materially shift the impacts.

“I think modelling companies are doing all they can to stay ahead and be leading edge, but we are facing a future of more severe storms and events in some places that have not traditionally been an issue for us.”

Here, Osselton cites Superstorm Sandy, the deadliest and most destructive storm of the 2012 Atlantic hurricane season, which caused nearly US$70 billion in damage. After sweeping through New York, the storm passed through Ontario and Quebec, killing two and causing $100 million in damage.

“It just hadn’t happened before,” Osseton said of the storm’s path. “The models wouldn’t have predicted that kind of storm surge in that location, except maybe one in a million years.”

In some instances, the risks are identified, but for various reasons the organization fails to act, possibly because of boardroom politics, expediency, unwillingness to spend, complacency or some other factor.

Public investigations following the 1979 partial nuclear meltdown at Three Mile Island in Pennsylvania, for example, identified multiple known risks that contributed to the nuclear generating station releasing radioactive coolant and iodine into the environment. They included:

If risk managers run across internal pushback in addressing identified risks, they can find statistical support for the principle that safety is good for business.

“A lot of industry studies show organizations that invest in safety and risk management, and that have a culture of only doing things the right way, also generally perform in the top quartile financially,” Osselton says. “It starts with being proactive and not having a negative or blame-based culture.”

Here are some other lessons to be learned from past global tragedies: