The Canadian auto industry overall is seeing no reduction in car accidents and “big cost pressures upward on severity coming from both injuries and the repairs of cars themselves,” a speaker suggested last week at the National Insurance Conference of Canada (NICC). 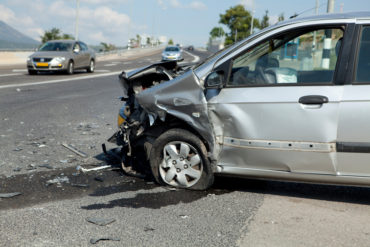 “We see a lot of upward gusts of pressure coming from third-party liability claims and injuries in general in most provinces,” said Patrick Barbeau, senior vice president of claims with Intact Financial Corporation. “Frequency overall is not going down and severity is going up at a much faster pace than the average inflation.”

Barbeau suggested that technology is one of the main reasons for the trend. “Replacing a bumper, mirror, wheels or even the windshield today often involves rewiring and reprogramming multitudes of sensors and cameras, increasing costs at a speed that has never been seen before,” he said during a session titled Canadian Auto – State of the Union on Oct. 3. “From a claims perspective, the actual cost of repairing cars is also increasing very fast across the country. One would think all the safety features that have been developed in cars over the past few years would have impacted downward the frequency of car accidents, but that has not happened yet.” 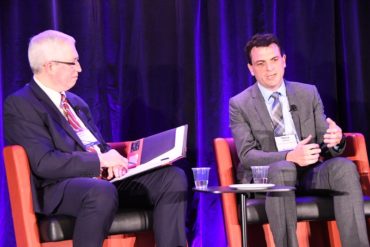 In addition, psychological impairment and chronic pain are becoming “more and more frequent” in car accidents, Barbeau (pictured left) said, adding that “in absence of key regulation guidelines or definitions of coverage in the product that we service, we will continue to see those claims being litigious.”

Another speaker, Bob Tisdale, president and chief operating officer at Markham, Ont.-based Pembridge Insurance Company, said that as time has gone on, the number of stakeholders in the auto system has “multiplied exponentially… yet there’s only one stakeholder and that is the consumer who is paying the bill and expecting the benefits out of that system should they have a loss.”

As well, while there are rising costs, these costs are not going back to the consumer in any jurisdiction, Tisdale told conference attendees. And almost every jurisdiction is trying a different approach, he said, noting in Newfoundland and Labrador, there is a deductible, in New Brunswick and Nova Scotia, there is a cap, Ontario has no-fault insurance, Alberta has tort and there are government monopolies in Manitoba, Saskatchewan and British Columbia. 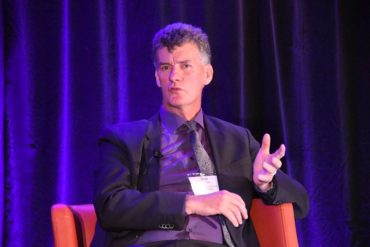 “It seems as if so much drain is on the system from so many different parties, yet there is one person that is paying for it and that is the consumer,” Tisdale (pictured right) said. “Everybody is trying a different approach and yet the consumer nowhere in the country would say, ‘I’m really well-served.’”

Barbeau said that he believes “most of the population thinks they pay too much for car insurance and most people also think their individual characteristics and track records [are] not fully reflected in the price that they pay, so it’s not very surprising in my mind to see telematics technology is appealing to a wide range of the population.” At Intact, Barbeau reported, more than 40 % of new, eligible clients choose to enroll in the program. “So clearly, immediate feedback and financial incentives together have the potential to improve driving behaviours over time.”

Tisdale suggested that the industry, especially on the distribution side, “needs to step back and have a better understanding of what telematics and usage-based insurance (UBI) is all about. “UBI allows us to get much more predictive at an individual level as opposed to creating homogenous pools where the pricing variables are more blended because you can’t get to the individualized type of data.”

NICC was held in Quebec City from Oct. 1 to 3. The Canadian Auto – State of the Union session was moderated by David Simpson, president and CEO of the Facility Association and also heard from Patrick Déry, superintendent of solvency with the Quebec regulator Autorité des marchés financiers and chair of the Canadian Council of Insurance Regulators.