Customer satisfaction with auto insurance in Canada has increased for the second consecutive year despite nationwide premium increases, according to the newly released J.D. Power 2017 Canadian Auto Insurance Satisfaction Study. 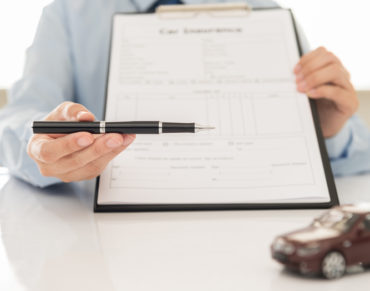 The study, released on Monday, found that across all regions, price satisfaction and the median annual premium per vehicle increased. Reported premiums were up 17% in Quebec, 16% in the Atlantic region, 11% in Alberta and 1% in Ontario over the past two years, J.D. Power said in a press release.

“Notably, the lowest reported premium increases are in Ontario, indicating that these customers may finally be realizing Ontario’s Auto Insurance Rate Reduction Strategy to reduce premiums,” the release said. “While new-vehicle prices and costly options are driving premiums higher, the reduction strategy seems to be slowing premium increases in other provinces.”

Valerie Monet, senior director of the insurance practice at J.D. Power, added that “it does seem counterintuitive to see customer satisfaction increase as premiums rise, but customers are content to pay more when they believe they’re getting value for their money. While low prices can be effective at getting new customers in the door, those customers are ultimately willing to pay higher premiums for exceptional service,” she went on to say. “Key performance metrics, such as making sure customers understand their policies and providing follow-up calls from customer service interactions, translate into higher satisfaction – regardless of an above-average premium.”

Overall satisfaction with Canadian auto insurers averages 784 on a 1,000-point scale, up 26 points from 2016, excluding government insurers (the Insurance Corporation of British Columbia, Manitoba Public Insurance and Saskatchewan Government Insurance). Key drivers of the performance improvement are increased understanding of policy and what is covered and better overall customer service, J.D. Power reported.

The study also found that price satisfaction was 63 index points higher among auto insurance customers who are paying premiums above the regional median and who completely understand their policies versus those who are paying less than the regional median and who do not understand their policies. And of the 32% of auto insurance customers who are aware their insurer offers telematics, just 8% are currently participating in safe driver discount programs that are monitored by in-vehicle computers, the release noted.

Now in its 10th year, the Canadian Auto Insurance Satisfaction Study measures customer satisfaction with primary auto insurers in Canada. Satisfaction is measured across five factors (in order of importance): non-claim interaction; price; policy offerings; billing and payment; and claims. Insurers are ranked in four regions (in alphabetical order): Alberta, Atlantic, Ontario and Quebec. The study is based on responses from nearly 11,000 auto insurance policyholders.