Canadian brokers are playing a game of “wait and see” as they prepare for the arrival of Colm Holmes, Aviva Canada’s new president and CEO, a Canadian Underwriter poll suggests. 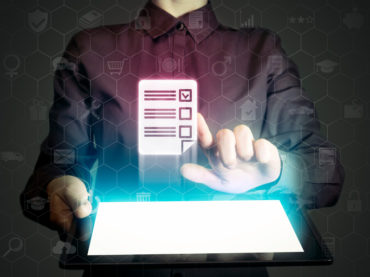 Aviva Canada announced this month that Greg Somerville is stepping back from his role as president and CEO to become a non-executive director of Aviva Canada, effective Mar. 1, 2018.

Somerville will be succeeded by Holmes, who is currently CEO of Aviva UK General Insurance and chairman of Global Corporate and Specialty. Holmes is due to arrive in Canada sometime before he starts his new role in March.

Canadian brokers are up in the air about whether the leadership change will positively affect their business relationship with Aviva Canada. They are watching closely for signs that the new CEO will try to import into Canada a strategy that promotes the direct channel.

As one broker in CU’s poll put it: “This is an unknown. As a broker, I would be concerned about Aviva’s direct strategies vs their broker strategies — particularly as the new leader comes from England, where there seems to be more of a focus on direct.”

Slightly more than half of brokers polled said they disagreed strongly (21.23%) or disagreed somewhat (33.96%) with the statement. “I understand how this leadership change will affect my business relationship with Aviva.”

Brokers who see the glass as half-empty generally cite the state of the broker channel in the place where Holmes calls home. “The new CEO is from the U.K. which has all but done away with broker level distribution in favor of direct,” one broker wrote. “I would expect the new CEO to further grow their direct channel distribution model and spread this marketing strategy into other provinces. It seems unlikely the new CEO will champion broker distribution.”

On the flip side, those who see the glass as half-full view the leadership change as an opportunity to build a strong relationship with the new leadership. “We will need to build relationships with Colm that we previously had built with Greg.”

“I am thrilled that Colm is joining Aviva Canada on Mar. 1,” said Jason Storah, Aviva Canada’s executive vice president of broker distribution. “The many brokers who have met him already know he’s a strong advocate of the broker channel and a supporter of Canadian brokers.

“There will be plenty of opportunities for brokers to meet Colm over the coming months. In the meantime, it’s business as usual and as always, if brokers have any questions, please just reach out and talk to us.”