The estate for Leizle Wage argued in court that the territorial limit in Alberta’s standard auto policy did not exclude coverage under the SEF 44 endorsement. Canadian Direct Insurance applied to the court to deny the claim, saying the endorsement coverage did not apply to accidents that happen in the Philippines.

The SEF 44 endorsement speaks about the “jurisdiction, or place where the accident occurred,” without any express limitation, except for the province of Quebec. 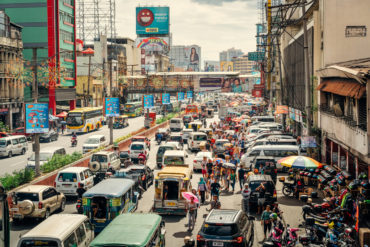 The territorial limit in the standard policy essentially mirrors the language in the province’s Insurance Act:

“This Policy applies only while the automobile is being operated, used, stored or parked within Canada, the United States of America or upon a vessel plying between ports of those countries.”

Alberta’s Court of the Queen’s Bench ruled that the territorial exclusion in Alberta’s standard auto policy referred to a vehicle owner’s insurance for liability to a third party arising out of the ownership or operation of an automobile. It did not apply to accident benefits.

In its decision, the court said it was presented with two seemingly contradictory conclusions in Canadian caselaw on whether the SEF 44 endorsement applies to accidents happening outside Canada.

In one, an Alberta arbitrator found the endorsement did not exclude accident benefits coverage for an accident that happened in the Ukraine. In Nova Scotia, even though the wording of the SEF 44 endorsement was identical, the court ruled coverage did not apply to an accident in Guyana.

In Wage, the Alberta court referenced Ontario caselaw, including the Court of Appeal for Ontario’s 1997 decision in Prasad v. Gan Canada Insurance Company.

In Prasad, a woman was thrown from a motor scooter she was riding in Mexico. The Appeal Court for Ontario found the territorial limits in the province’s Insurance Act applied to the ownership of an automobile, and not to accident benefits, effectively granting her coverage.

However, the Ontario law changed in 1996 to restrict accident benefits coverage to events happening within Canada, the United States “or other jurisdictions that may be designated” in the insurance policy. A similar change did not take place in Alberta law, meaning that the Alberta SEF 44 endorsement as it stands contains no explicit territorial limits, except in Quebec.

“There was no evident attempt to refine the endorsement, or the legislation in Alberta in the 20 years following the two Ontario Court of Appeal cases cited above, and the Arbitrator’s decision,” the Alberta court found. “These cases tell us that the SEF 44 as it now stands in Alberta covers accidents in Mexico, Vietnam and the Ukraine.”