The newly-created Canadian Coalition on Distracted Driving (CCDD) has wrapped up its first meeting, a two-day working session in Ottawa, where it began work on creating a National Action Plan to combat distracted driving. 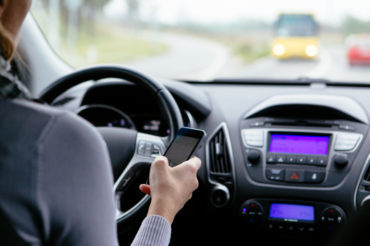 An initiative of the Traffic Injury Research Foundation (TIRF), Drop It And Drive and The Co-operators, the CCDD is a multi-sectoral group that includes members from various levels of government, enforcement, academia, health, industry and communities, The Cooperators noted in a press release on Monday. The expertise of its members is varied, including road safety research, injury prevention and healthcare, policy, enforcement, as well as the insurance, automotive and trucking industries.

At the meeting, a number of options were discussed and considered for possible inclusion in the National Action Plan, including the “identification of priority data and indicators that represent an important step forward in improving understanding of the issue.” Other activities that received attention included an inventory of educational campaign materials and a resource centre to support agency efforts to raise awareness about the problem, particularly at a community level. The development of tools to inform industries about the impacts of distracted driving and to facilitate leadership in the development of distracted driving policies was also a top priority.

The CCDD plans to release its National Action Plan later this year.

“As a member of the Canadian Coalition on Distracted Driving, the Ministry of Transportation of Ontario understands the importance of tackling this problem in our province and across the country,” said John Lefebvre, manager of special projects in the Safety Policy & Education Branch of the MTO. “Sharing strategies and data will assist us all in addressing this increasingly significant issue.”

As part of its Drive Out Distraction program, The Co-operators entered into a partnership with TIRF aimed at reducing the incidence of distracted driving in Canada. In December, they released Distracted Driving in Canada: Making Progress, Taking Action, which provides a snapshot of the many initiatives across the country to address the problem. For example, TIRF noted that every Canadian province and territory except Nunavut “has passed legislation to reduce the use of handheld electronic devices, such as cellphones, by drivers.” The report identified the need for a national action plan and recommended the creation of a national working group, which led to the establishment of CCDD. 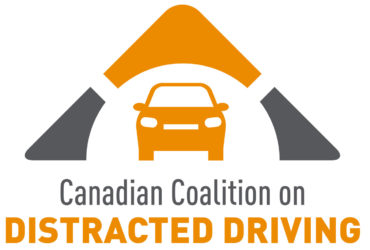 Also, as part of this partnership, TIRF will create a public online repository of data, information and resources that can serve as an easily accessible tool for stakeholders and others with an interest in the issue.

“The complexity of the distracted driving problem makes it a challenge to change behaviour, so it is critical that we invest time, energy and resources to develop an informed and evidence-based plan that is achievable, and that more importantly contributes to behaviour change,” said Robyn Robertson, president & CEO of TIRF. “The diversity of agencies that are participating in the coalition speaks not only to the pervasiveness and seriousness of this issue, but also to their commitment to sharing expertise to find the most effective ways to keep Canadians safe.”

Distracted driving is widely considered a top priority by provincial and territorial governments and they, along with non-profits, researchers, industry and the media, are engaged in activities designed to address the issue, the release noted. “However, there is currently no efficient means of exchanging information and outcomes at the national level, and coordination across the various groups of stakeholders is lacking. These are matters the national action plan will address.”

Kathy Bardswick, president and CEO of The Co-operators, said that the CCDD “brings together an impressive group of professionals who are committed to understanding the problem and taking action to reduce the number of unnecessary injuries and deaths on our roads. What the national action plan will do is promote better information-sharing and coordination across jurisdictions and between stakeholders, to ultimately enhance the effectiveness of our collective efforts to combat this significant societal issue.”

CCDD is an initiative of TIRF, Drop It And Drive and The Co-operators. As an independent, charitable road safety research institute, the mission of TIRF is to reduce traffic-related deaths and injuries. Drop It And Drive is a national British Columbia-based organization that has presented its reality-based workshops to more than 50,000 students, faculty and workers in Canada and the United States since their launch in late 2010. Its mission is to prevent injuries and fatalities caused by distracted driving, distractions in the workplace and distracted walking. The Co-operators Group Limited is a Canadian co-operative with more than $40 billion in assets under administration. Through its group of companies, it offers home, auto, life, group, travel, commercial and farm insurance, as well as investment products.