Canadians know that driving while high on marijuana causes a risk to road safety, but they don’t seem to understand cannabis impairment fully, according to a recent Leger poll conducted on behalf of the Insurance Bureau of Canada (IBC). 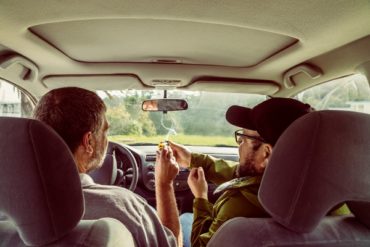 However, despite being aware of the safety implications, Canadians don’t appear to understand cannabis impairment, or how it might differ from the effects of alcohol impairment.

For example, 43% of Canadians polled said they do not know how long to wait before it is safe to drive once they have consumed cannabis. And 61% of Canadian cannabis users believe it’s safe to wait less than three hours after consuming cannabis to drive, IBC notes in an announcement of the poll results.

Most Canadians polled (60%) think the police will use a cannabis-impairment test equivalent to the breathalyzer.

The lack of clarity is unsettling, given that 62% of Canadian cannabis users have either driven or been a passenger in a car in which the driver had recently consumed cannabis, the Leger poll reveals.

“Drinking and driving is now socially unacceptable,” IBC president and CEO Don Forgeron commented on the Leger poll results. “Unfortunately, we can’t assume the same for driving while under the use of cannabis. We need the same approach to deterrence – appropriate penalties and detection tools – to discourage all forms of impaired driving so that broader use of legalized cannabis doesn’t put public safety at risk.”

Reflecting the opinions of Canadians cited in the Leger study, IBC has expressed concern that legalization could normalize and increase cannabis use, resulting in a corresponding increase in the risk of harm due to impaired behaviours, especially as they relate to road safety.

A recent study commissioned by Public Safety Canada found that 28% of 2,132 respondents admitted to having driven high; of those, 17% believed the influence of cannabis posed no real risks.

“What is more troubling is that one in 10 of those respondents believed cannabis makes a person a ‘better driver,’” IBC said.