A trickle of supply started returning to the country’s real estate sector in March, but it did little to cool off heated markets as monthly home sales hit an all-time record, the Canadian Real Estate Association said Thursday.

Sales in March were up 5.2 per cent compared with February.

As sales climbed, so did the number of Canadians willing to sell their homes.

The market saw 105,001 new listings during the month, a more than 50 per cent increase from 69,665 last March. Listings were up 7.5 per cent on a seasonally adjusted month-over-month basis.

“Remarkable is really the best word I can think of to describe just the strength of the housing market month after month,” said Steve Ranson, chief executive of HomeEquity Bank.

Since last year, people have engaged in bidding wars, put in offers on properties they hadn’t even seen and often, dropped any conditions they might have attached to a bid. 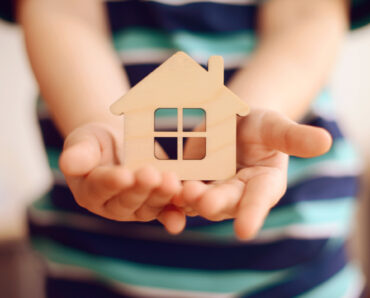 While pricier markets like Toronto and Vancouver have long felt the heat, suburban and rural regions also saw properties become more expensive and harder to scoop up in recent months because many Canadians were allowed to work from wherever they wanted.

Many have attributed the conditions to a lack of listings, but Doug Porter said new listings hit their highest level on record in seasonally adjusted terms in March.

“The only possible world in which supply can be considered anything remotely in shortage is when stacked up against the extraterrestrial level of demand,” the chief economist at BMO Financial Group said in a note to investors.

New listings were “vapourized” by “scalding” and “fiery” demand, said Porter, who included a list of more than 30 adjectives to describe the strength of the market in his note.

Given the “extreme” imbalance the market is seeing, he said Canadians should expect price gains to spread far and wide beyond Ontario.

According to CREA, the national sales-to-new-listings ratio eased back to 80.5 per cent in March compared with a peak level of 90.9 per cent set in January.

Canada had only 1.7 months of housing inventory at the end of March 2021, the lowest on record.

Without many of their favourite places to spend and with fewer people having to commute to work, many Canadians saved more money during the pandemic and were eager to spend it on a home.

Ranson said there has been little for them to choose from during the health crisis because some people don’t want agents, appraisers and prospective buyers in and out of their homes.

Others have been spooked by the high numbers of COVID-19 cases or deaths in long-term care facilities and are rethinking whether they see a future there, he added.

Even downsizing is less attractive to them because a condo might increase their exposure to their virus and prices have jumped.

“The cost of condos and the cost of moving becomes expensive and then it becomes an economic incentive to stay in your home longer.”

CREA believes homeowners who were unwilling to sell during the health crisis might emerge from the pandemic ready to list, but warned current levels of demand could dissipate by then.

“We’ll only know in the fullness of time, but March certainly did nothing to disprove the idea,” said CREA chief economist Shaun Cathcart in a release.

“That said, the third wave of COVID-19 could throw a wrench into the works of a potential supply recovery this spring.”