One Canadian public insurer is bucking the trend – seen across the country – of carriers asking to raise auto rates.

Saskatchewan Government Insurance (SGI) told Canadian Underwriter Tuesday that it plans to apply for a rate decrease later this year. SGI’s rates are subject to review by the Saskatchewan Rate Review Panel.

“Although we’re above our capital target for 2017-18, we’re still collecting and analyzing results from traffic safety initiatives before we proceed with a rate program,” an SGI spokesperson said. 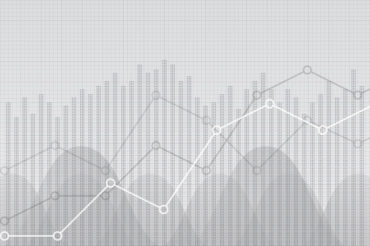 The rate application would be for an overall decrease. It would also propose “rebalancing” to ensure all vehicle types are paying the correct rate to cover their costs. Like most applications, the proposal will be for some rates to go up, some to decrease and some to stay the same.

“The amount of the overall rate reduction would be released when SGI makes the submission to the Rate Review Panel,” the spokesperson said. On July 13, Global News quoted SGI president and CEO Andrew Cartmell as saying that “it’s too early to provide a potential ballpark figure, but any decrease would be a few per cent.”

When asked what specifically is allowing the government insurer to apply for a decrease, the spokesperson pointed to strong investment earnings. “Though we have a stable rate stabilization reserve now, it’s important to remember that we are in this position in part because of our well-managed, diversified investment plan,” she said. “This resulted in strong investment earnings, which are not guaranteed every year and depend on the global investment markets. The Auto Fund is always conscious that investment results can be volatile and could swing back down.”

In a press release issued July 12, SGI said that the Saskatchewan Auto Fund and SGI Canada both showed strong financial performance in 2017-18. The Auto Fund had investment earnings of $162.8 million (primarily from strong equity returns) and added $210.1 million to the rate stabilization reserve.

Other public insurers have requested or examined rate increases. In June, Manitoba Public Insurance announced that it had requested an overall rate increase of 2.2% for the 2019/20 insurance year.

The Insurance Bureau of Canada’s vice president of the Pacific region, Aaron Sutherland, told Canadian Underwriter Tuesday that the Insurance Corporation of British Columbia “is projecting very significant rate increases over the coming years to get back to balancing their books.” ICBC is facing a $1.3 billion loss this fiscal year. Sutherland said that B.C. has the most expensive auto insurance in the country and “we’re bracing for significant [rate] increases on the auto insurance side.”