Mergers and acquisitions in the reinsurance sector sometimes involve carriers acquiring managing general agents, while in Canada, M&As have involved insurers trying to “beef up certain parts of their enterprise,” analysts from A.M. Best Company Inc. suggested at a recent conference in Toronto. 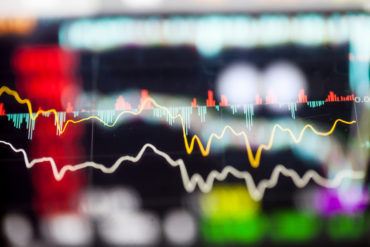 “It has provided more capacity in an already oversaturated market,” Molineux said of alternative capital during the briefing, held at the Sheraton Centre in Toronto. “As we look more globally in the reinsurance space, it is believed that M&A activity will continue, not necessarily one company buying another company or merging completely.”

“We might also see M&A activity in terms of buying underwriting teams,” Molineux said Nov. 10. “From a distribution perspective, the reinsurers are trying to get close to the customer. So they might be picking up an MGA along the way in order to do that.”

Silverthorn referred to a chart, listing the top 10 Canadian P&C insurers by market share, published in a recent report, titled Canadian Review/Preview 2016: A Return to Sustainable Growth? In that report, A.M. Best reported the top 10 P&C insurers in Canada in 2015 had direct written premiums of $33.5 billion. Of that, Intact Group had $8.1 billion or 15.8% market share.

“This slide is more or less the same as it was last year,” Silverthorn said. “There are a couple of flip flops. Lloyds moved up one and Aviva and Desjardins are about the same. All the movement mostly was in 2015.”

In 2015, Aviva and Desjardins Group had $4.1 billion each in direct written premiums, with 8% market share each. On Jan. 1, 2015, Desjardins closed the acquisition of the Canadian operations of State Farm.

“There we have a pretty much unchanged picture for the year,” Silverthorn suggested. “That does not mean the mergers and acquisitions have not been happening. They are all targetted mergers and acquisitions as companies try to beef up certain parts of their enterprise. They try to gain size in certain markets and they also try to get certain expertise by buying entities and this is what we are seeing, not really the big buying market share at the moment.”

With that transaction, Economical Insurance “is going for a specific niche,” Silverthorn noted.

“We see there is a slight uptick in the expense ratio,” Silverthorn said. “Companies are taking the opportunity during a cycle of profitability, to reinvest back in their companies and reinvest into their operations, into their technology. There are technologies that can data mine better. Their claims systems, their underwriting systems now have more ability to talk to one another. Their broker facing systems and the systems that face the end consumer are much more user friendly and all of these things are part of that expense ratio as things move forward.”

The picture was similar for the Canadian life and health insurance industry.

“When we talk to a lot of companies they are increasing their technology expenses, building out their websites, building out mobile apps, data mining … their social media presence,” said Edward Kohlberg, associate director of A.M. Best’s life and health division. “Companies are looking to improve their customer engagement and satisfaction at the point of sale. We are also seeing technology being leveraged to improve efficiencies within organizations.”

“We are in a tough time for investments,” Silverthorn said. “The one good thing right now… is they are keeping their underwriting discipline.”

One member of the audience asked the speakers how a major earthquake in Canada would affect the insurance industry, given the low uptake of earthquake coverage in Quebec and high deductibles on some British Columbia property policies.

“The [primary insurers] will still be hit,” Silverthorn replied. “It’s not that the claim can be written off. It’s not, ‘you don’t have quake with us – you are done.’ That would not bode well for the industry at all. There will be losses and high ones that the industry will take.”

Impact of June Ontario auto changes ‘will be something to see going forward:’ A.M. Best