Why Canadian insurers want to play in a “regulatory sandbox”

The Insurance Bureau of Canada (IBC) wants a “regulatory sandbox” for the P&C insurance industry, something currently not accessible to insurers.

“Sandboxes relax specific legal and regulatory requirements to create a safe and conductive space for innovative ideas, enabling companies to experiment while at the same time, containing the fallout of any failure,” explained Rana Shamoon, senior policy advisor at IBC, Monday. “It can be of equal value to regulators in helping to identify where existing regulations hinder innovation, and in striking the right balance to encourage innovation and protect consumers.” 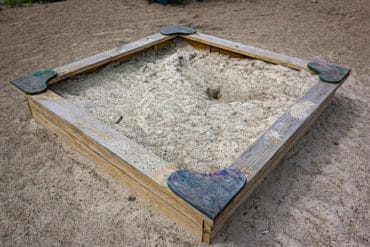 “It’s sort of a laboratory where you work outside the confines of normal regulations and you observe and evaluate and make a conclusion at the end whether this can fall within the regulation or whether we need to adapt the regulation for these innovations to hit market,” Pierre Babinsky, director of communications and public affairs with IBC, said in an interview last week.

In October 2016, the government of Quebec began a one-year pilot project with Uber to examine things like regulatory compliance and taxation before deciding whether or not to allow this activity in Quebec. The project was renewed for another year, beginning last October.

Babinsky said this pilot project is “sort of a regulatory sandbox” in that the regulator is allowing things to happen outside normal regulations, but within the strict confines and for the duration of the pilot project.

He added that there is something similar to P&C group insurance used within the pilot project, but “as soon as that pilot project ends, technically, the regulation would not allow for this type of insurance to continue.”

Babinsky said a P&C group insurance policy could involve a ridesharing company entering into an agreement with an insurer so that every user is protected by the insurance contract, rather than having every driver purchase their own policy to cover ridesharing activities. Whether P&C group insurance in Quebec will need a regulatory sandbox is “hard to say.”

The working group on the sharing economy provides another example of an industry (not necessarily insurance) that allows the sale of new products for a six-month period to determine the feasibility or advantages of the industry. During the period, “the regulator allows the sale of this new product while it collects information on the experience and evaluates whether these new products should fall within the normal regulations or whether new regulations are required,” Babinsky said.