Canadian P&C insurance brokerages prefer Facebook to communicate with customers and prospects, according to 90% of respondents to a social media survey conducted this summer and released on Wednesday by Economical Insurance. 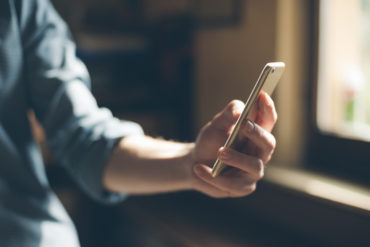 The 2017 Pulse Check: Social Media Usage in the Canadian Insurance Industry survey of nearly 300 professionals from Canadian brokerages found that nine out of 10 brokerages use Facebook to reach customers, 61% of respondents use LinkedIn and just over half share over Twitter, Waterloo, Ont.-based Economical said in a press release.

The majority of brokerages surveyed acknowledge the value of social media in creating an engaging customer experience, and 85% of respondents agree that organizations with an engaging social media presence have a competitive advantage over those that don’t, Economical reported. Still, only one in four polled use social media to benchmark against competitors. 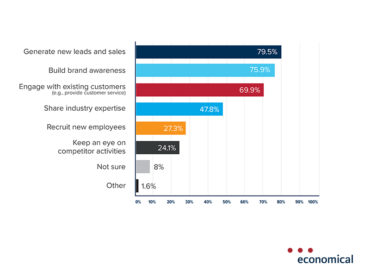 A key insight from the survey is an indication of the business objectives that drive social media activities by brokerages in Canada.

“Social media is helping change the way Canadian P&C insurance brokers engage with customers,” said Michael Shostak, senior vice president and chief marketing officer at Economical, in the release. “Brokers are using social media in a variety of ways, from generating new leads and sales, to providing customer service. But it’s early days and as an industry, we haven’t yet fully realized the potential of the medium. Our survey tells a story of an industry that desires change, yet lacks the time, resources, and knowledge to implement an effective social media strategy.”

Founded in 1871, Economical has more than $2.2 billion in annualized premium volume and more than $5.5 billion in assets as at June 30, 2017. With more than one million customers across the country, the Canadian-owned and operated company conducts business under the following brands: Economical Insurance, Economical, Western General, Economical Select, Perth Insurance, Sonnet, Petsecure, Economical Financial and Family Insurance Solutions.